Tension and balance: Environmental optimism and Laputa: Castle in the Sky | Where to watch online in UK | How to stream legally | When it is available on digital | VODzilla.co

Tension and balance: Environmental optimism and Laputa: Castle in the Sky

With Studio Ghibli films now available on Netflix UK, we delve into our archives to look back at what makes them so magical. This article was originally published in 2014.

Think back to the physics you were taught as a 14 year old and you may remember two principles that guide the way director Hayao Miyazaki tells stories: tension and balance.

Tension is two forces pulling away from each other; the more they pull, the greater the likelihood that something will snap or break. Balance is two equal forces, each affecting the other and threatened if one increases but the other does not. Miyazaki longs for a world in balance, but instead sees one in a great tension between man and nature, and his films are often about trying to achieve the former while dealing with the latter.

Laputa: Castle in the Sky is an ecological parable, a warning against what can happen when man’s reach exceeds his grasp, a film of balances and tensions that are not fully resolved until the final, chaotic act.

The first film to be made under the banner of Studio Ghibli, after Nausicaa of the Valley of the Wind was financially successful enough to allow for Miyazaki, Takahata et. al to start their own studio, Laputa contains many of the hallmarks that would go on to define Ghibli: glorious hand drawn animation; Miyazaki’s enduring fascination with flying; strong female leads; a non-binary approach to good and evil. But in its story of a boy from a mining community finding a girl falling from the sky, and their quest to find the mythical floating utopia, it is these environmental themes that most clearly characterise it as a Ghibli product.

The studio would return to these concerns repeatedly, in films such as Miyazaki’s Princess Mononoke and in Isao Takahata’s unforgettably weird Pom Poko, the only film ever to feature a raccoon’s testicles turning into a funeral ship. Laputa is remarkable because it conveys its themes with a degree of subtlety, hidden as they are beneath a tale of sky pirates, railway chases and gardening robots.

Said robots are indicative of Laputa’s greatest strength: it is not a polemic, but a story that portrays the best and worst of what man can achieve. The lumbering metal guardians of the floating city are deadly and kind in equal measure. Under the control of the villainous Muska, or when threatened, they cause catastrophic amounts of damage, yet the robot that Sheeta and Pazu meet when they first land on the island is a gentle creature protecting a bird’s nest. Resisting the temptation to truly give them personalities, they are only as good or as bad as the people controlling them.

This sense of balance affects the ecological themes, too, as in Miyazaki’s eyes, the thirst for power and the destruction of the environment are one and the same; both revolve around the exploitation of a precious natural resource, aetherium (called “volucite” in the original language version). The mining community that Pazu lives in is peaceful and idyllic, nestled in a canyon, with mines that follow the contour of the land; but they are running out of useful things to mine. The film isn’t critical of these people, far from it: it seems more concerned with their future. In this community, man takes from nature, but in proportion to its need. 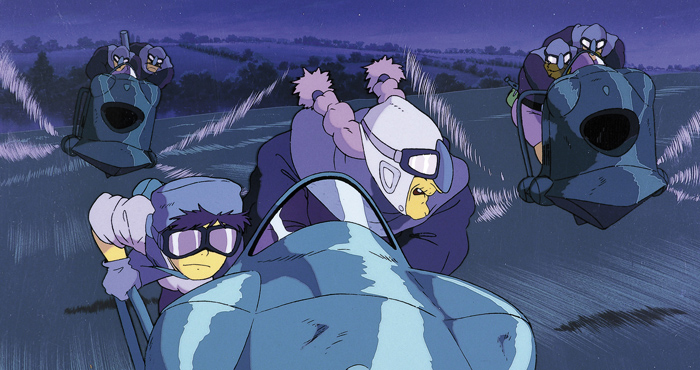 Tension arises when people want too much and greed becomes the downfall of villains and the planet alike, when that tension finally reaches breaking point. Laputa, the last remnant of a once great civilisation seemingly brought down by its own avarice, functions as a microcosm of the earth as whole; man has achieved great things on it, and because of it, yet ultimately desired too much until nature had to take over once more. The conclusion, which sees the most advanced human elements of the city falling away after Sheeta says a spell of destruction – a moment that has spawned an annual tradition in Japan to tweet along to it, breaking records for the most tweets sent per second – foreshadows many Ghibli films to follow.

Perhaps Miyazaki is a fan of WB Yeats, as ‘things fall apart’ quite often in his films: No-Face in Spirited Away, regurgitating the results of his greed; Howl’s castle, when fleeing from war; everything in Princess Mononoke. Interestingly, in Miyazaki’s stories nature finds a way of restoring balance with mankind, whereas Takahata in Pom Poko ends with man as the victor and nature forced into hiding. While Laputa may be a warning against greed, it is, at least, an optimistic one.

Castle in the Sky is the last film of its kind for Miyazaki, as after this, he left behind the fast-paced adventure structures of Nausicaa and The Castle of Cagliostro, with only Princess Mononoke coming close to replicating it. This was also the last film he made that has a villain in the conventional sense of the word. Arguably, he was never again quite this action-packed – a term not often applied to his work for a reason. Laputa is a non-stop, constantly exciting ride, with stunningly executed sequences above, below and on the ground.

Perhaps, as a result, it isn’t his most mature work, a little too breathless and loosely structured to have the same impact as everything that followed. Yet it still contains everything that makes his later films great. Joe Hisaishi, the man behind the music for all of his Ghibli films, did his best work on this film, with a central motif that makes the heart soar. It’s also beautifully animated, his reverence for nature becoming clear in the scenes of flight through green landscapes, and walks through glowing caves. With the double impact of Nausicaa of the Valley of the Wind and this, he also established himself as one of cinema’s most accomplished advocates for environmentalism, understanding man’s need to take from the earth but uneasy about our greed.

This willingness to engage with complexity while telling truly great stories is exactly what makes Miyazaki so popular, and why his films are so much more than meets the eye.

Castle in the Sky is available on Netflix UK, as part of an £9.99 monthly subscription.

Note: This was originally published in 2014. For our full Studio Ghibli retrospective, see The Magic of Miyazaki.

Auteur for hire: The ‘real’ world of Kiki’s Delivery Service

The fantasy of flight: Porco Rosso and Miyazaki’s lifelong obsession 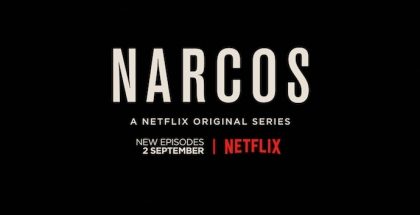