It’s happened. It’s here. BBC Three transformed from an old-fashioned linear channel into a hip, happening online channel on 16th February 2016, as the BBC both tries to cut costs and embrace the changing viewing habits of younger audiences.

What can you expect from the channel? Well, it promises a mix of both long and short content, with broadly the same kind of programming as before, from documentaries to comedy – as well as a continuing focus on nurturing new talent.

“There will be as much contemporary British drama from BBC Three as ever before,” confirmed Damian Kavanagh, Controller of BBC Three, upon the channel’s launch.

“When we were developing BBC Three, we kept everything focused on what our audience told us they wanted,” he adds. “Different types of content they could dip into during the day that kept them informed and entertained, and comedy and documentaries they could binge watch at their convenience. That’s basically the idea behind The Daily Drop [daily updates such as image galleries or short films] and The Best Of [BBC Three’s new, original programming]. Snackable daily updates for when you’re on the bus and longer programmes and other content for when you’re in front of the TV. For those big moments when you want a collective viewing experience we’re using the BBC’s live platform so we can create moments like director Q&As, and encourage audience interaction.”

But what exactly is on the way to BBC Three? Here’s a guide to the shows coming soon to the BBC’s first online channel. (We’ll be updating this every week so you never miss the latest shows to stream.)

For more information on how to watch BBC Three, click here – or head this way for our fortnightly column reviewing what’s new and worth watching on BBC Three.

Created by Peter Foott, The Young Offenders tells the coming-of-age adventures of loveable rogues Conor (Alex Murphy) and Jock (Chris Walley) and their mother/guardian Mairéad (Hilary Rose) as she tries to keep them on the straight and narrow. Set in Cork, Ireland, the best friends continue to navigate their awkward teenage years as they hatch plans to help distract from their tough home lives, work on sustaining their relationships and try to care for the newest family member baby Star. With Conor and Jock now expelled from school, they must find their way as young adults and learn to support their unconventional family unit.

The viral video footage of a Black man being held down by US police, with a knee on his neck, sent shockwaves around the world. Despite a global health pandemic, George Floyd’s killing in Minnesota brought thousands of people out to protest, including right here in the UK.

Britain prides itself on being a place of equality and tolerance – but the demonstrations sweeping the nation are highlighting the scale of racial inequality in this country.

BBC reporter Daniel Henry has been on the ground at marches, speaking to organisers, protestors and the police, about Britain’s record on race – asking if these multiracial demonstrations will lead to action from those in power.

The worldwide response to George Floyd’s death has given confidence to a new generation who believe that change is coming.

The people behind the protests in Britain say the demonstrations here aren’t just about George Floyd – they say the Windrush Scandal, Grenfell, Black deaths in police custody and a recent rise in far-right terror plots, have exposed uncomfortable truths about Britain that need to be tackled head on.

They believe that they have the tools, allies, language and technology to create a new reality – but is this country ready to move beyond tolerance, to become an actively anti-racist society?

Fort Salem is set in an alternate, present-day America where witches ended their persecution 300 years ago by cutting a deal with the U.S. government to fight for their country. Fort Salem follows Raelle (Taylor Hickson), Tally (Jessica Sutton) and Abigail (Ashley Nicole Williams) from basic training in combat magic into terrifying and thrilling early deployment. In this world the traditional roles of gender and power are flipped, with women on the front lines. The looming danger and terrorist threats they face are strikingly familiar to our world, but involve supernatural tactics and weapons. 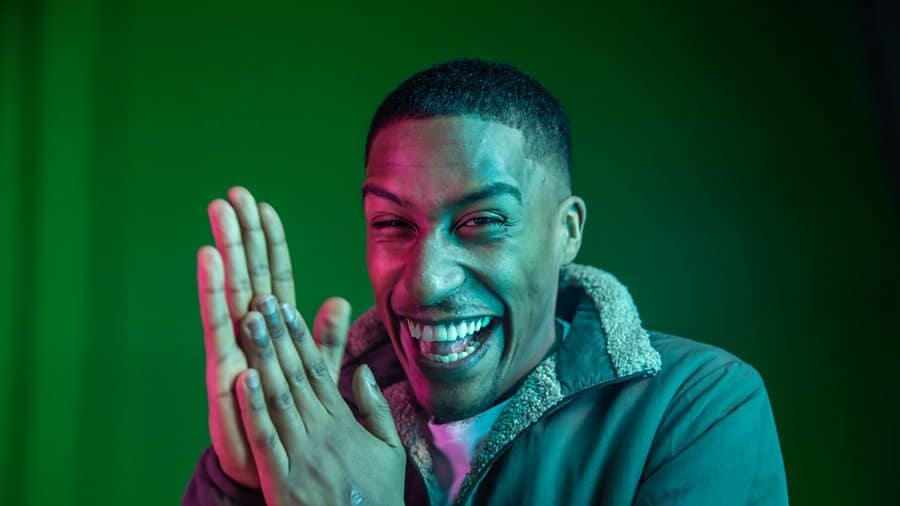 Expect rap freestyles, celeb prank phone-calls and exclusive house tours, bad dancing, and lots and lots of chaos – nothing is off limits for Filly and his celeb guests.

Tom Green guest hosts this week’s episode, as the queens must write and produce commercials for fictional drag queen law firms, before a sixth queen sashays away.

Netflix beat BBC to The Crown “because they could fund it”... November 2, 2016 | Staff Reporter