Quibi releases episodes for free on YouTube | VODzilla.co | Where to watch online in UK

Quibi has released the first episode of several of its series for free on YouTube.

Short for “Quick Bites”, the streaming platform delivers programmes and films in short chunks of 5 to 10 minutes each, designed to be watched on mobile phones on the go. A month after its launch, though, the mobile-only platform has announced plans to backtrack on its signature proposition and introduce the ability to cast content to TVs – a sign of how challenging an environment it is for the on-the-move offering to win subscribers when they’re largely staying at home during the coronavirus lockdown.

Now, the platform’s taking another step to try and make some headway in the competitive landscape, by turning to what is essentially a rival platform for short-form videos: YouTube. Quibi has posted the first episode of three original series on the site for free: Most Dangerous Game, a dystopian thriller starring Liam Hemsworth and Christoph Waltz, Dummy, a sex doll comedy starring Anna Kendrick, and The Stranger, a crime thriller starring Dane DeHaan.

Of course, the episodes only last for up to 10 minutes each, so the free offer isn’t much to tantalise newcomers, but the move comes as Quibi ends its initial 90-day free trial and instead offers a two-week free trial to new users. The move also marks Quibi’s first step into a non-mobile-only world.

For more on Quibi, including what’s coming this month, click here.

What’s coming soon to Quibi in May? 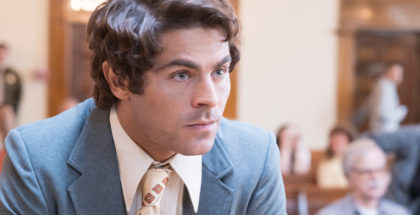