What's coming soon to IMDb TV UK in April 2022? | Where to watch online in UK | How to stream legally | When it is available on digital | VODzilla.co

IMDb, Amazon’s ad-supported free streaming service, is now available in the UK. The platform, which is an extension of the Amazon-owned IMDb brand, is part of the Amazon Prime Video app, and provides films and TV shows for free, but with adverts.

Each month, Amazon will be adding titles to the IMDb TV library, from third party acquisitions to exclusive originals. Here’s what’s coming soon to IMDb TV UK in April 2022:

Adam Sandler delivers a rare serious turn as introvert Barry, who falls for the kooky friend of one of his sisters (Emily Watson). The result is one of Sandler’s best – and one of Paul Thomas Anderson’s most memorable films too. And not just because of the puddings and mattresses.

Tim Burton has always had a knack for telling tall tales. Here, he tells more than a few as we follow the life story of Ed Bloom (Ewan McGregor), as he recounts his young adventures to his son on his death bed. The ensuing fantasy features everyone from Marion Cotillard and Billy Crudup to Helena Bonham Carter and Jessica Lange.

Andrew Niccol has long been one of the most interesting filmmakers working in science fiction and Gattaca is a perfect example. The film, set in the near future, stars the always-excellent Ethan Hawke as Vincent, a man who is genetically flawed, something that prevents him from being sent into space. His solution? Buying the genes of a genetically perfect man (Jude Law) to join the Gattaca programme.

The Prince of Egypt – 15th April

A woman (Mia Wasikowska) investigates ghostly visions at a remote gothic mansion where she lives with her new husband (Tom Hiddleston) and mysterious sister-in-law (Jessica Chastain). Everyone will find something to enjoy in this Gothic horror’s richly painted gorgeousness. 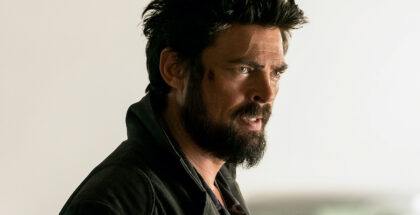