VOD film review: The Banishing | VODzilla.co | Where to watch online in UK | How to stream

The forces of fascism, patriarchy and misogyny are ever resurgent in Chris Smith's ghostly pre-war gothic horror.

It is 1938, a time of great uncertainty. Linus Forster (John Heffernan) has just taken up an appointment as vicar in a small parish near Colchester. With a dwindling congregation and generous stipend, the job ought to be a sinecure, but as Linus moves into the vast, dusty Morley Hall with his new wife, Marianne (Jessica Brown Findlay), and her young daughter, Adelaide (Anya McKenna-Bruce), things quickly start going bump in the night.

While Bishop Malachi (John Lynch) has told Linus that his predecessor moved to Australia three years ago for missionary work, the prologue to Chris Smith’s The Banishing shows us that the previous vicar and his wife in fact died in a horrific murder-suicide in Morley Hall (loosely based on the real Borley Rectory, “the most haunted house in England”). The Forsters are being set up for a similar fate, for reasons that will become clear later. Only Harry Price (Sean Harris), a war veteran and tango-loving occultist, is willing to warn Linus and Marianne about Morley Hall’s cursed history, and about the doom that is endangering them and their daughter, rooted in a past outrage committed by men against a woman that resonates with Marianne’s own bitter back story.

“We are completely safe here,” Marianne reassures her daughter who, after watching a newsreel before a Disney film, is convinced that the Nazis are coming to kill them. Here, as the sexually repressed Linus slowly transforms into a domestic despot while Adelaide disappears into fantasy and Marianne’s anxieties are dismissed and ignored, the disturbances afflicting the Forsters are constantly set against the rapid rise of fascism on the continent. In this way, Smith’s gothic offers a dark reflection of its sociopolitical circumstances, at a time when Chamberlain was pursuing a deeply flawed plan to appease a dangerous tyrant – a policy that Linus expressly endorses – but before war would afford women new freedom and independence. Marianne’s conscientious attempts to raise money for the Republican International Brigades in Spain are quickly curtailed by Linus, who is as inert in his politics as he is in the marital bed. Meanwhile, patriarchal forces of a different order are stirring beneath the foundations of the house, determined to maintain a repeating history of monastic misogyny and mutilation from beyond the grave – while one of their ghostly victims seeks her own revenge.

Working from a script by David Beton, Ray Bogdanovich and Dean Lines, Smith (Triangle, Detour) uses hallucinatory sequences and mirror play to evoke a house making psychological assaults on its residents by deploying their own weaknesses (Linus’ jealousy, Marianne’s shame) against them. Dominic Smither’s set decoration drapes every room in a different – yet equally off-kilter – wallpaper design, creating a mood of dizzying wrongness, while DoP Sarah Cunningham’s low-angle camerawork makes the house seem like an overwhelming presence that diminishes, or even swallows, its occupants.

Combining the children’s games (and buried history) of JA Bayona’s The Orphanage, the weak, unraveling father of The Shining and the paranormal looking glass of Mike Flanagan’s Oculus, The Banishing presents itself as a classic haunted house movie – yet in unfolding on the eve of the Second World War, it matches the evils within the manor to evils beyond, and allows them to re-echo down to our own times where the alt-right, white supremacy and neo-Nazism show fascism resurgent and still often operating in cahoots with a conservative clergy. “History will be rewritten,” promises Marianne near the film’s end. Yet as an ambiguous coda – and the viewer’s real-world experience – suggest, authoritarian oppression has a habit of returning from the shadows.

The Banishing is available to stream online on Shudder UK, as part of a £4.99 monthly subscription, or £49.99 yearly membership.

Where can I buy or rent The Banishing online in the UK?

Bryan Fogel’s The Dissident heads to Amazon in UK

2021 Borderlines Film Festival: The online line-up and how it works 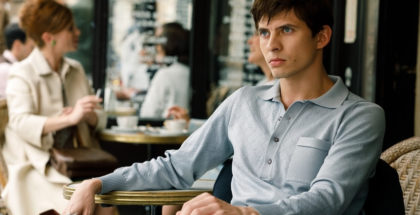