Eliza Hittman’s Never Rarely Sometimes Always doesn’t exactly open in the fashion you would expect. It’s the night of a high school talent show and Autumn (Sidney Flanigan) is singing on stage. She seems to be struggling with an internal conflict, and the only way she can speak out is to sing. Somewhere in the audience, a young man hurls a slur at her. Autumn keeps going with the song. No one in the audience comes to her aid. It quickly becomes evident that Autumn is alone in the world – even her own father dismisses her woes as her “not being right in the head”.

Autumn is right to worry: she’s 17 years old and she’s pregnant. She lives in Pennsylvania and the abortion procedure in the local clinic doesn’t appear to be an option without her parents’ consent. The only way that she can resolve her issue is to travel to New York, with the help of her best friend and her cousin, Skylar (Talia Ryder). Once the girls arrive in New York, they find themselves in one difficult situation after another. Although the plot may seem simple and straightforward on paper, Hittman is more interested in focusing on the characters of Autumn and Skylar, who face everyday sexism and misogyny in a variety of different forms, whether it’s their creepy store manager or sleazy, drunks riding the subway late at night.

Hittman is one of the most interesting filmmakers working today, as she has a distinct fly-on-the-wall, almost documentary-like approach to filmmaking. She’s interested in showing us a slice of life and presents us with characters who don’t feel out of place. We see a very ugly, truthful side of the world, and Hittman depicts these facts in a way that doesn’t seem melodramatic or condescending. The film shows a simple reality that faces many young women in America, and everywhere else: Autumn and Skylar are just trying to navigate their way in a world that wasn’t designed for them.

The film explores the relationship between the two friends in such a way that rarely gets seen. This is not a dialogue-heavy film – in fact, there are long stretches where neither girl speaks. Their bond and friendship goes beyond words. There are beautiful, intimate moments where they simply ride the subway or the bus together and sit in complete silence. Hittman and cinematographer Hélène Louvart focus on close-ups, allowing the viewer to come to their own conclusions about how the girls are feeling.

Both performances from Sidney Flanigan and Talia Ryder are noteworthy. Each character feels unique and complex in their own right. Flanigan manages to convey so much emotion in the smallest of facial gestures, whether it be a slight glance towards the camera or a slight lip wobble; this is clearly a young woman who is suffering from the legacy of a broken home and the lasting effects of a toxic relationship. In the most pivotal scene, which sees Autumn answer a set of questions, we see just how talented Flanigan is; the power of her performance leaves a lasting impression.

Ryder’s Skylar is the more extroverted of the two girls, but Ryder manages to give us an individual who has her own worries and concerns. It appears that both have had to grow up fast in a world where they are misunderstood and ignored.

The film is a hard watch, but it’s a necessary watch. Certain scenes will stay with you well after the credits have rolled and one can only hope that the film leads to some much-needed discussion regarding abortion law in the United States. Never Rarely Sometimes Always is a sophisticated film that doesn’t exploit the main characters or the situation they are in, nor does it judge them for what has happened. It’s just a sad tale of the sad reality that many young women have to endure – not just rarely, but sometimes and perhaps even always. 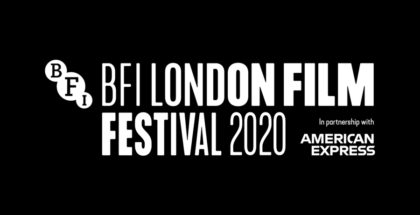