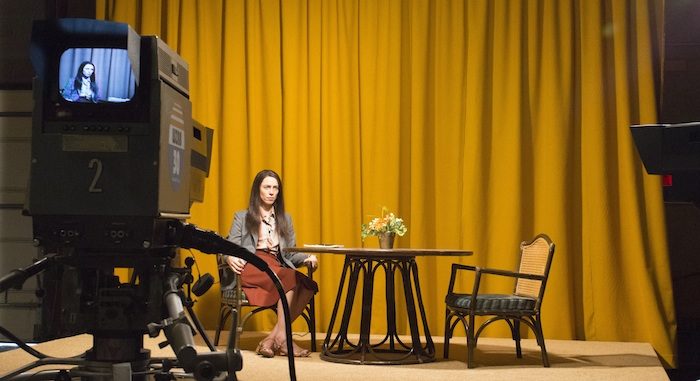 This nuanced, sensitive character study is a provocative, powerful watch that will stay with you for days.

Rebecca Hall is remarkable in this drama about Christine Chubbuck, the Florida newsreader who, in 1974, shot herself live on air. It’s a real tale that has the potential to be exploitative, heavy-handed and in poor taste (a potential explored in the excellent documentary Kate Plays Christine, but Christine manages to tell it without being any of those things.

When we meet her, Chubbuck is a journalist fighting for the truth over sensationalist headlines, something that puts her firmly at odds with her station manager (Tracy Letts). Keen to deliver issues-driven reports, she’s assigned to lighter fare, such as the local strawberry festival. It soon becomes apparent that she’s not highly effective at either, due to her blunt way of interacting with people and her determined focus on serious facts above all else.

Craig Shilowich’s script doesn’t skimp on the conflicts that fuel her career, crafting a compelling drama about a female journalist battling her way headfirst through a male-dominated industry. It’s that emphasis on what led up to Christine’s attempted suicide that makes Antonio Campos’ film so effective; this isn’t a movie about her death, but the story of her life.

“You’re not always the most approachable person,” notes George Ryan (Michael C. Hall), the lead anchor on Christine’s channel, on whom she has a crush. Rather than leave things there, though, the movie delves into the potential for a romance between the pair, and watching Christine let down her guards and barriers, one by one, is devastating. Michael C. Hall is a superb, generous screen presence, drawing out the intimate side of Christine’s character, while still highlighting the gulf between their perspectives on life. His unobtrusive supporting role lets Rebecca Hall take centre-stage. And she does so with astonishing skill and subtlety.

Rebecca is nothing short of sensational, investing Chubbuck with sympathy and complexity, turning a morbid historical headline back into a human being. She’s terse and cold, but watching her is also tragic and even frequently funny. Campos juggles the tones with a sincere, painstaking eye, capturing the beige walls and bad haircuts of the period without a trace of irony or self-awareness. Early on, we see Christine looking back at footage of herself to improve her professional performance, a strange mirror of the dedication that the actress brings to the part, delivering a stirring examination of sexism, frustration, depression and more. At all times, there’s a gnawing dread of what we know is coming, making this almost like a horror movie rather than a biopic, but, in keeping with principles Christine herself espouses, the movie never takes advantage of the sensational end result.

What drove a woman to shoot herself live on air? That’s the question a lesser movie would aim to answer, but Christine refuses to simplify matters, instead creating a nuanced, sensitive character study that gives Chubbick’s death even more shocking poignancy. The truth is more complicated than the headlines might suggest – and rather than ask us to pick apart that mystery, Christine simply asks us to understand it. The result is a provocative, powerful watch that will stay with you for days.

From the creator of Braquo, Walter Presents Elite Squad this February

Amazon UK TV review: Z: The Beginning of Everything 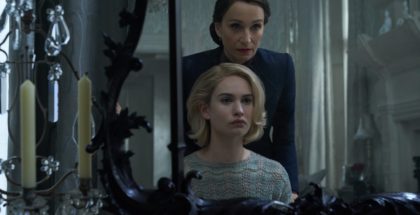