Amazon UK TV review: Z: The Beginning of Everything | Where to watch online in UK | How to stream legally | When it is available on digital | VODzilla.co

Amazon UK TV review: Z: The Beginning of Everything 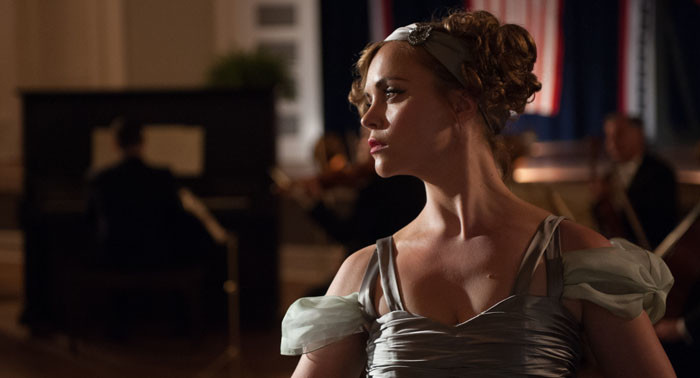 This lush but lightweight series about Zelda Fitzgerald feels more concerned with surface than substance.

An abandoned shoe in an burnt-down house. That’s the striking image that opens Z: The Beginning of Everything. The camera slowly tracks out of the half-missing roof in a shot that recalls Citizen Kane – a bravura piece of imagery that carries a touch of class, a hint of mystery and a note of doomed tragedy.

That’s par for the course in Amazon’s new biopic series about Zelda Sare, the soon-to-be wife of F. Scott Fitzgerald. Ill-fated, and much-feted, the couple were icons of 1920s America, thanks to a heady combination of style, literary significance and social clout. The show, created by Dawn Pretwich and Nicole Yorkin, picks things up before the pair have met, tracing Zelda’s origins as a Southern Belle, who was already thinking ahead of the Alabama times as a young woman – a fact that put her at constant odds with her stern dad, Judge Anthony Sayre (played with typical gravitas by David Strathairn).

The first episode ends with their paths crossing, hers, a world of dancing until late and not wearing stockings (the height of disgrace for her parents), his, a world of dawning war and hopes of fame as a writer. The script subsequently gives a surprising amount of screentime to F. Scott (David Hoflin), as he fails to impress Judge Anthony with his sky-blue dreams, while penning poetic love letters for fellow soldiers in his brigade. But make no mistake: this is Zelda’s show. While Hoflin struggles to imbue his writer with much depth, beyond his stubborn, frustrated dedication to his goals – we’re given a glimpse of the manuscript for his debut novel, This Side of Paradise – that only gives Christina Ricci more chance to shine. And shine she does.

Ricci is the best thing about the whole production. You always get the feeling that she can out-think anyone else around her – a crucial quality that can’t really be written on the page. From her charming smiles to her forthright frowns, the actor’s subtly smart presence shimmers with nuance and hidden depths. Alas, that’s mostly what the opening episodes of Z: The Beginning of Everything offer, as the shallow drama seems happy to leave those depths hidden. Despite Straithairn’s reliable turn, Zelda’s family conflict never really sinks its hooks into you, while it’s telling that F. Scott only truly comes to life in the company of Zelda.

As peace arrives unexpectedly, though, throwing the sweethearts together with renewed passion, there is certainly potential for more pressing drama to unfold. And if Z initially feels like more surface than substance, what surface it is! The costumes and background details are all prim and proper, but the cinematography rises to dizzying heights at crucial moments, with one swooning shot as the lovers twirl in the lamplit street bursting with all the painterly beauty of La La land. That light-weight approach extends to the running time, with each episode shirking the usual hour-long format for easy-to-consume 30-minute instalments. The result may not always feel like there’s much weight, but there’s enough of a sprinkling of class and mystery to keep Jazz Age fans gently engaged. With things slow to get going, you’ll long to reach the tragic ending teased by Z’s opening shot, but it’s certainly not difficult to get past the beginning.

All 10 episodes of Z: The Beginning of Everything are available to watch on Amazon Prime Video, as part of a £5.99 monthly subscription.

Christina Ricci David Straithairn Z The Beginning of Everything
Tweet

Netflix to release Oprah and Ava DuVernay interview about 13th 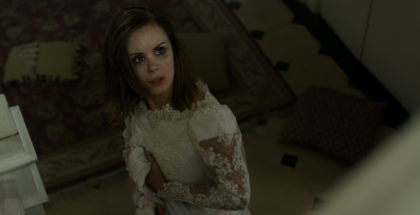