Netflix UK film review: Rebecca | Where to watch online in UK | How to stream legally | When it is available on digital | VODzilla.co 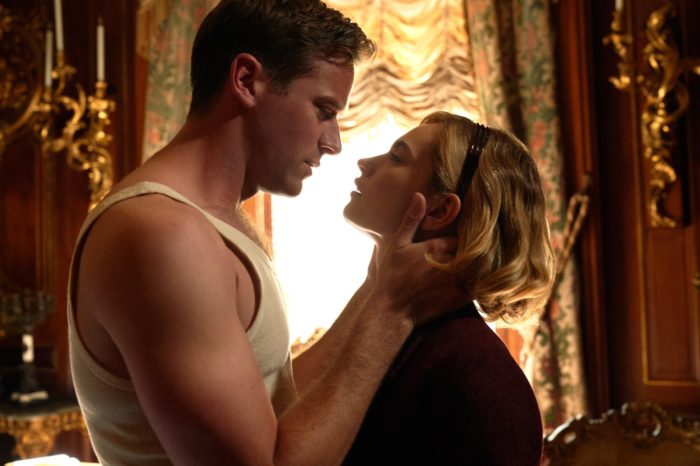 “Come, all you fair and tender girls that flourish in your prime. Beware, beware, keep your garden fair. Let no man steal your thyme.” That’s the sound of Pentangle’s Let No Man Steal Your Thyme cutting through the period drama gloss in Ben Wheatley’s Rebecca. It’s a bold, unsettling moment that catches you off-guard – but those moments are disappointingly few and far between in this adaptation of Daphne du Maurier’s novel, whether you’ve seen Hitchcock’s version (the proverbial first Mrs de Winter) or not.

Wheatley’s take on the text once again sees the young would-be Mrs de Winter (Lily James) stumbles into the affections of Maxim de Winter (Armie Hammer) while serving as the companion to Mrs Van Hopper (Ann Dowd). James is an instant smart fit for the role, her dynamic with Dowd’s deliciously spiteful woman of means ringing with put-upon naivety. That paves the way for her similarly fish-out-of-water vibe as she is whisked away from Monte Carlo by Max to his home estate of Manderley. For once there, she finds only people and things in thrall to the memory of Rebecca, Max’s first wife, who died not too long ago.

What ensues is a sumptuous, swooning Gothic story, one with gorgeous production design to die for – from Rebecca’s pristinely kept bedroom to the chilly tone that slowly replaces the vivid, warm cinematography that first colours Max and Mrs de Winter’s holiday fling. Even Max’s horrifically yellow suit, which looks like he’s been sponsored by Colman’s Mustard, pales in the light of Manderley’s daunting spectre. Wheatley’s in his element here, as he blends a floral duvet with an entangling vine-filled nightmare and sweeps us downstairs below the upper-crust facade for a debauched, eerie shindig among the unseen serving staff.

But those moments are disappointingly few and far between, as Jane Goldman, Joe Shrapnel and Anna Waterhouse’s script moves away from the gaslighting horror and rich layers of du Maurier’s immersive narration, and sticks to a more superficial story of romance. It says a lot that Kristin Scott Thomas’ frosty housekeeper Mrs Danvers – who was devoted to Rebecca – emerges as the most interesting character, stealing scenes with her cruel, taunting smile before bringing out a surprisingly poignant note of tragedy, potentially laced with its own memory of romance.

The result is a glossy and visually impressive ride through a haunted house, but it’s one that’s oddly lacking in atmosphere – the potential for a more impactful climax goes up in smoke as it’s wrapped around the production’s oddly upbeat tone. It doesn’t help that the script slips up at several key points at it tries to be more faithful to the novel than Hitchcock’s version, while still updating elements – Sam Riley’s Jack becomes too on-the-nose from the off, while the decision to revive the Manderley balls Rebecca would lavishly throw is given to Mrs de Winter, a move that gives her more agency (echoed by her amateur detective work in the third act) but also diminishes her claustrophobic paranoia, which is essential to the story’s tremulous mood. It falls to the music (including Clint Mansell’s beautiful but intrusively deployed score) to try and conjure up the phantasm of suspense. While it’s dazzling enough in places, there’s a darkness missing – this Rebecca is a two-hour romance that doesn’t feel like it’s stealing your time, but never full steals your heart.

Rebecca is available on Netflix UK, as part of an £9.99 monthly subscription.