VOD film review: Pineapple Express | Where to watch online in UK | How to stream legally | When it is available on digital | VODzilla.co

If you’ve seen This Is the End on VOD or DVD and felt like you didn’t get enough Seth Rogen/James Franco fun, try Pineapple Express, a stoner/buddy/action-comedy about a drug dealer and a process server who go on the run after one witnesses a murder involving corrupt cops and the head of a narcotics empire. Director David Gordon Green leaves the indie world for this studio film and excels in making a very vulgar comedy full of stylish montages and exciting chases – while Rogen and co-writer Evan Goldberg (also co-writer of This Is the End) construct a movie with a stupidly simple enough premise to knock off a slew of action cliche parodies, but also allow for a lot of improvisation along the way.

And improvisation is the name of the game. Most of the film sees Franco and Rogen just spouting weird non-sequiturs at one another – or at idiot sub-bad guy Red, played by Danny McBride (another This Is the End alumnus), who is as vulgar and loud as ever). Meanwhile, they are being hounded by henchmen Kevin Corrigan and Craig Robinson, who also have plenty of opportunities to make up the weirdest stuff they can.

As with any Apatow-produced flick, the runtime is overlong and the amount of improv often derails any momentum, but for the first time in the run of films produced by the man, that momentum is incredibly important: in action cinema, tension and pace is required to make things exciting, but Pineapple Express forgets about that so its characters can sit around smoking weed and saying silly things another four or five times.

The genre tropes Pineapple Express skewers are utterly hysterical and perfectly handled, but there’s so much dull, scattershot stuff to wade through between them that it becomes more of a chore than a joy to watch Rogen, Franco, Gary Cole, Bill Hader et al. having fun.

The threat of a sequel has always been around – amusingly teased in This Is The End as an enjoyable sketch – but the fact of the matter is that the first film really struggled to become anything more than a middling action comedy with great moments. Rogen and Franco’s chemistry keeps the film watchable when nothing seems to be happening – genuine love and affection play a big part – but watching nothing happen grates after a while, and detracts from some seriously entertaining stuff. A good trim of about 20 or 30 minutes could make for a crazy comedy. As it is, it’s a bit of a slog for the decent material.

Where can I buy or rent Pineapple Express online in the UK? 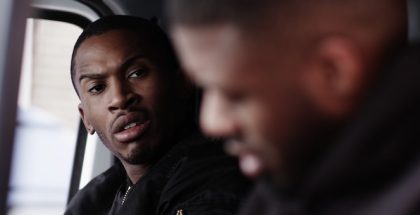