Sleek, stylish and soaked in blood.

“If God wants Genesis back, He can come and take it from me.”

Upon being discovered by a Seraphin angel (an angel of the highest order), Jesse, Fiore and DeBlanc must fight to control it. Over and over again. The opening bloodbath of Preacher’s sixth episode is shocking and comic in equal measure. And just when it can’t get more frustrating, Cassidy turns up to add his own flair to the horrific proceedings. Landing atop the show’s pile of bloody violence, the scene is brilliantly conceived and as well executed as the pile of angel-bodies that adorn the hotel room.

Sundowner represents a change in the show. Custer, having been informed that Genesis is less the will of the Almighty and more of an escaped cosmic freak show, decides that his powers can be used however he pleases. Abusing them to comfort himself, the preacher spends the episode pushing others away from him with lethal force. It’s an excellent move by the show, turning everything on its head in a potentially heart-breaking way, just as Custer seems happy with his predicament. The show wisely sets about drawing lines between good and evil, and between right and wrong – it’s a delicate game, defining moral philosophy, but Preacher manages it just fine, with a few curse words to spare. (And while the show is upending everything the audience knows, Tulip sets about doing admin work. Go figure.)

Episode 6 feels sleeker than the more recent episodes. Surgically edited, it contains just enough comedy to keep Gilgun’s cheeky smile present and just enough blood to keep his character’s thirst quenched. The series’ moral compass is spinning erratically and that’s just how we like it. Preacher has hit its stride and, seemingly finished with Custer’s religious crusade, his ethics are about to be tested, not alone as he comes to terms with the fates of several characters, but as both Heaven and Hell attempt to silence, unleash, or possess the abomination inside of him.

Dark times are ahead, and we couldn’t be more excited. 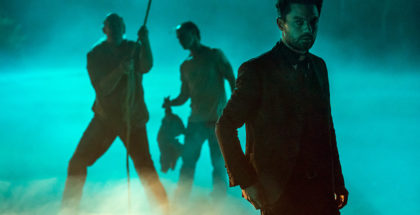 Why you should be watching Preacher on Amazon Prime Video... June 24, 2018 | Ivan Radford 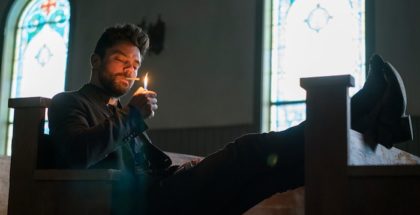