Wuaki.tv gets its own remote control button | VODzilla.co | Where to watch online in UK

Wuaki.tv gets its own remote control button

How can you tell when a VOD service is successful? Look at the hardware. Amazon has launched its own Fire TV streaming devices. NOW TV has done something similar with its branded Roku box. Netflix, meanwhile, is one of many sites included on various Smart TV models around the world. On some TVs, it even has its own remote control button.

Now, Wuaki.tv is joining that club.

The first Europe-based VOD service to get its own dedicated button on a remote control, the Spanish streaming site is expanding at a considerable international rate. Hisense, meanwhile, is one of the largest television brands in the world, holding the number three TV share position globally and the number one position in China for 12 consecutive years.

You can find the button on the company’s 2016 Smart TV models. The button gives viewers instant access to the Wuaki.tv app on their TV with one click. Hisense devices being sold in UK, Germany, Spain, Italy, France, Ireland and Austria will already have the button incorporated into their remote controls by May 2016. This agreement will be extended to the rest of the countries where Wuaki.tv plan to operate along this year, such as Netherlands, Belgium, Portugal and Switzerland, among others.

“This agreement positions Wuaki.tv as a pioneer in 4K content propositions in Europe and also presents a very unique user experience to Hisense Smart TV users”, says Jacinto Roca, CEO and Founder of Wuaki.tv. Indeed, the company began rollout of 4K content on the continent back in 2014.

Mr. Hanson Han, Deputy GM of Hisense international and GM for Hisense Europe, adds: “This partnership is a new step to position Hisense ahead competition in European countries. It will allow us to provide a multitude of 4K contents to Hisense UHD TV owners and bring our Smart TV in a new era.”

Casual to premiere exclusively on Amazon Prime Video in UK 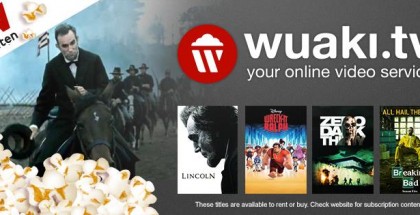