Wuaki.tv: The dark horse in the VOD race | Where to watch online in UK | How to stream legally | When it is available on digital | VODzilla.co

Wuaki.tv: The dark horse in the VOD race

Wuaki.tv has 250,000 customers, the company has confirmed.

The website launched in the UK last year and, it is fair to say, is something of a dark horse in the VOD race. It has no original content. It offered both pay-per-view and subscription based streaming before Amazon thought of the idea. It’s a long from Netflix and the retail giant, But the company is no less ambitious than its VOD rivals, quietly clocking up a quarter of a million users.

Indeed, it is now planning to expand to other European countries, CEO Jacinto Roca tells TechCrunch.

The streaming service, owned by Play.com’s parent company Rakuten, is currently based in Barcelona and provides movies to both the UK and its home country. But by the middle of August,it will have a presence in France and by the end of 2014, Germany and Italy – all countries where Netflix is either already active, or about to expand to. By the end of next year, Roca says their total number of territories will increase 11. Interestingly, though, they have no plans to move into the US.

So how does their customer base break down? The majority favour pay-per-view VOD packages, it seems, with Raco revealing that just 15 per cent of them pay a sum every month – either a subscription fee or a one-off purchase. Are the other 85 per cent using other services in the meantime, or simply not that active as VOD users? Wuaki.tv certainly doesn’t have any original content to turn heads away from their bigger subscription rivals. But while Roca was reportedly in London last week to meet content producers, the company seems happy to plough its transactional furrow.

“[It is] in Rakuten’s DNA as an e-commerce company to offer a transactional model. It feels better with our core business, especially since DVDs and other packaged media have been a big part of our business,” he tells the website.

Indeed, part of its plans to support future growth ties in with its physical media heritage. The company has recently launched a new Chromecast and Windows 8.1 app, but they are not leaving discs behind just yet: a new UltraViolet service will offer users access to a physical copy of a digitally purchased film, while those who buy discs from Rakuten’s stores (in the UK, Play.com) will also be given access to the digital stream through Wuaki.tv.

“If you look at the wider market there is still a big appetitive for physical copies of products,” Roca says. “While we are going for digital we are not forgetting that.”

In the markets where Wuaki will be present by the end of this year, the physical video market is thought to be worth a total of €10 billion, he adds.

Rakuten is no stranger to cross-promoting its brands: the company has also purchased the messaging service Viber and owns Kobo e-readers too. Put that together and its dual transactional and subscription model are not the only similarity to Amazon’s empire.

The retail giant may have an overwhelming presence, while Netflix has 48 million members worldwide (12.7 million outside of the US), but Wuaki.tv is not intimidated. The company even hinted to TechCrunch that it will be teaming up with a local communications carrier to promote deals, in the vein of Netflix’s Vodafone promotion.

“We’re happy with [our] results,” says Roca, “because it’s a sign of how the market is giving us trust.”

Sometimes, trust is all a dark horse needs. 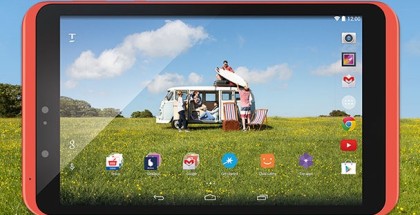