Wuaki.tv has teamed with with Arrow Films to add the distributor’s range of cult European TV shows and movies to its on-demand catalogue.

The partnership is the latest example of Wuaki.tv branching out its pay-per-view rental line-up beyond its existing range of blockbusters. Indeed, the last year has seen deals announced with HBO and Lionsgate, while the site has also highlighted its range of British movies with a new section.

Titles from Arrow Films include shows from producers in Italy, Norway and Israel, including such “Nordic Noir” hits as The Killing, The Bridge, Wallander, as well as the Italian series, Gomorrah, which has just arrived on DVD.

“Our users aren’t purely interested in the latest Hollywood blockbusters, we see a desire for a more diverse range of genres and movie styles from all over the globe,” says Simon Homent, European Content Director at Wuaki.tv. “The addition of some of the most popular cult TV series and movies from across Europe will set Wuaki.tv apart in a market that focuses on Hollywood content, and we will continue adding to it in future.”

“I am delighted to be partnering with Wuaki.tv with our new release feature films and TV series, as well as the best of our library. Arrow Films is committed to making our content available through the most dynamic of partners and Wuaki.tv offer a very impressive service. We look forward to a successful co-operation together,” adds Alex Agran, MD of Arrow Films.

BT confirms Netflix will be available on YouView 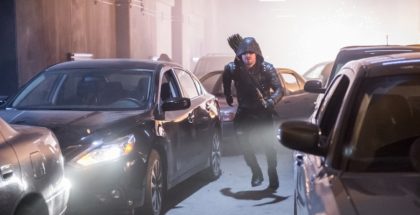