The Amazing Maurice: Hugh Laurie, Emilia Clarke to star in Sky's Pratchett animation | Where to watch online in UK | How to stream legally | When it is available on digital | VODzilla.co 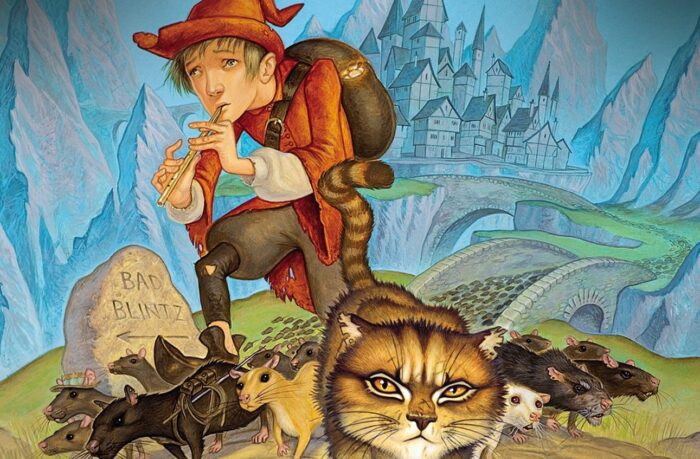 The film, a new co-production with Ulysses Filmproduktion and Cantilever Media, is an adaptation of the book of the same name in Sir Terry Pratchett’s Discworld series. The Amazing Maurice and His Educated Rodents was published in 2001 and has sold nearly 90 million books worldwide. It was the 28th novel in the Discworld series, but the first written for children. The Amazing Maurice is a lively and entertaining adventure inspired by the German fairy tale about the Pied Piper of Hamelin and a parody of the folk tale genre.

The story follows Maurice, a streetwise ginger cat who has the perfect money-making scam. He finds a kid who plays a pipe, and he also befriends his very own horde of strangely educated, talking rats – so Maurice can no longer think of them as lunch. When Maurice and the rodents reach the stricken town of Bad Blintz, they meet a bookworm, Malicia. Their little con soon goes down the drain as something very bad is waiting for them in the cellars.

Sarah Wright, Director of Sky Cinema and Acquisitions at Sky UK & Ireland comments: “The Amazing Maurice is a fantastic story from a legendary author, and I couldn’t think of a better tale to bring to life as an animated film for all the family.”

The film has the full support of the Terry Pratchett estate and is produced in association with Narrativia. The producers are Julia Stuart (Sky), Emely Christians (Ulysses), Andrew Baker and Robert Chandler (Cantilever Media) and Rob Wilkins (Narrativia). The film is directed by Toby Genkel and co-directed by Florian Westermann.