Trailer: First look at Jez Butterworth's Britannia | Where to watch online in UK | How to stream legally | When it is available on digital | VODzilla.co 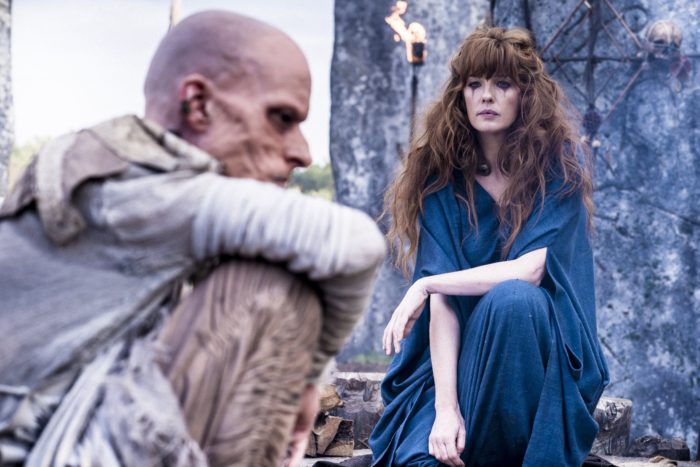 Jez Butterworth is heading to Sky next year for a new drama, Britannia – and a new trailer gives us a first look at the show.

Journeying deep into the dark and unruly world of Britannia, the Sky Original production (co-produced with Amazon) is set in 43AD and follows the Roman army, as they return to crush the Celtic heart of Britannia – a mysterious land led by warrior women and powerful Druids, who claim to channel the powerful forces of the underworld. The nine-part season tells the story of the emotional and physical power struggle between the three tribes.

The trailer gives us an intriguing glimpse at the show, people and relationships at its centre, as it takes a journey to a place where mystical Druids run free, invincible Celts reign unopposed and invading Romans try to bring them into line.

Mackenzie Crook (Pirates of the Caribbean) is also unveiled as Veran, the leader of the Druids. Crook’s character is feared and respected in equal measure – he answers to no one but himself and the gods.

The series will be available in the UK and Ireland on Sky Atlantic and NOW early next year.

Britannia: Sky and Amazon US to produce new drama

Sky and Amazon are teaming up to produce Britannia, a “major new original drama”.

The first co-production between the two companies, the 10-part historical series will air on Sky 1 in the UK and Ireland and be available on Amazon Prime Video in the US in 2017.

Written by Jerusalem creator Jez Butterworth, the show stars Kelly Reilly (True Detective), David Morrissey (The Walking Dead), Zoë Wanamaker and Stanley Weber (Outlander) and is set in 43AD, as the Roman Imperial Army – determined and terrified in equal measure – returns to crush the Celtic heart of Britannia, a mysterious land ruled by wild warrior women and powerful druids, who can channel the powerful forces of the underworld.

For Sky, Britannia joins 12 original drama series already on air or set to air over the next couple of years on Sky Atlantic and Sky 1, including The Young Pope, Hooten & The Lady, Guerrilla, Tin Star, Delicious, Riviera, Jamestown and The Last Dragonslayer, as well as returning series including Fortitude and Agatha Raisin.

In the US, Britannia adds to a growing roster of dramatic Amazon Original Series, including The Man in the High Castle, Bosch and Hand of God, as well as upcoming series Goliath, Good Girls Revolt, Sneaky Pete and Patriot.

“Besides being hard, hard warriors, the Celts have a belief system which makes them almost invincible. It’s a deep, heavy magic. Last time the Romans tried to invade, the mighty Julius Caesar took one look, turned round and went straight home,” says Butterworth. “Now, almost a century later, the Romans are back. I’m fascinated in what happens when gods die. When an entire, ancient faith stalls, topples, collapses – and a whole new one grows in its place. New names, new faces, to suit the new times. Here we have a war between two pantheons – the Roman gods v the Celtic gods. It’s the Heavyweight Clash of All Time, the one which most shapes who we are today. And we see it all from a human perspective, of individual survival, ambition, courage, lust, loss, revenge. All the stuff the gods have always loved us humans for the most!”

“I have been a fan of Jez’s writing for a long, long time, so to get the chance to work with him on this epic tale is very exciting,” comments Morrissey. “His dialogue and storytelling are second to none. I am also really looking forward to working with the brilliant cast that has been assembled for Britannia – I just hope I get a nice horse!”

WME and Sky Vision negotiated the deal with Amazon.

“We’re thrilled to be collaborating with Sky on our first series entirely produced overseas,” comments Price.

The agreement marks a growing trend for co-productions between streaming services and other broadcasters, as VOD giants seek exclusive and original-branded content without blowing their whole budget. Amazon Prime Video UK, for example, is enjoying being the British home to Mr. Robot, while Netflix UK has become synonymous with AMC’s Breaking Bad. US streaming services picking up UK work is increasingly common too, from Netflix snapping up Peaky Blinders as a US original and also signing a co-production deal with E4 for multiple series.

Britannia is now shooting on location in Prague and Wales. 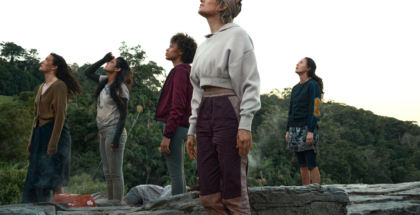 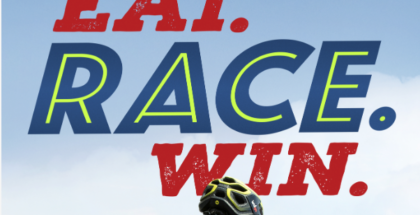 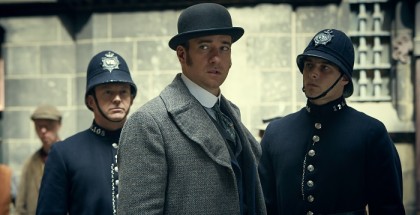