17 Years Later: Terry Gilliam finishes The Man Who Killed Don Quixote | Where to watch online in UK | How to stream legally | When it is available on digital | VODzilla.co 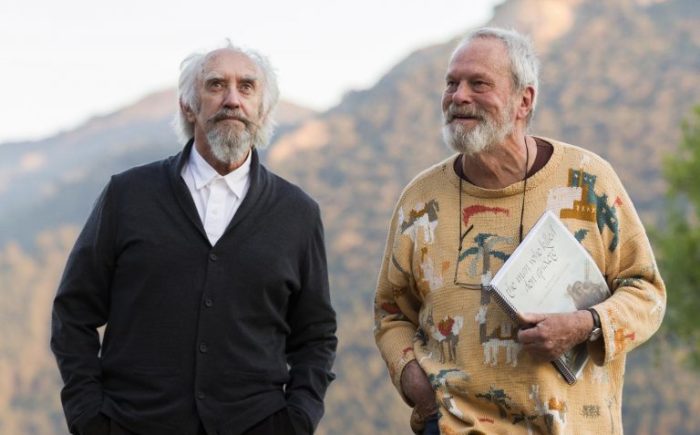 Terry Gilliam has finally finished The Man Who Killed Don Quixote, and not a moment too soon – or, indeed, too late.

One of the longest-running production sagas in movie history, Gilliam has been attempting to make his take on Miguel de Cervantes’ literary hero for 17 years. The project, which has gone back and forth between active and cancelled more times than anyone can count, has been beset by every problem under the sun – to the point where a documentary about Gilliam’s Herculean efforts to complete the film inspired their own documentary, Lost in La Mancha.

The latest incarnation stars Jonathan Pryce as a deluded old man who is convinced is the famous windmill-tilting figure, who mistakes an ad man (Adam Driver) for his loyal sidekick, Sancho Panza. The cast also includes Stellan Skarsgard and Olga Kurylenko – impressive names that follow everyone from Johnny Depp and Jack O’Connell to John Hurt and Robert Duvall, who were once attached to the film.

The combination has obviously proven lucky, for a chance, with principal photography now finished on location in Spain and Portugal.

“Don Quixote is a dreamer, an idealist and a romantic, determined not to accept the limitations of reality, marching on regardless of setbacks, as we have done,” Gilliam said Ma href=”http://www.hollywoodreporter.com/news/terry-gilliam-finally-wraps-don-quixote-project-17-years-1010111″>in a statement to THR. “We’ve been at it so long that the idea of actually finishing shooting this ‘clandestine’ film, is pretty surreal. Any sensible person would have given up years ago but sometimes pig-headed dreamers win in the end, so thank you to all of the ill paid fantasists and believers who have joined to make this longstanding dream a reality!”

Those people include producers Gerardo Herrero, Mariela Besuievsky, Amy Gilliam, Tornasol Films, Kinology, Recorded Picture Company, Entre Chien et Loup and Ukbar Filmes in association with Alacran Pictures. The participation of TVE, Movistar +, Eurimages and Wallimage also enabled the production. Also previously connected were French sales banner Alfama, with CEO Paulo Branco now claiming that the film’s rights are his – a claim that has been dismissed as “preposterous” by the producers, who are now taking legal action against him.

Amazon Studios, which has a long-standing agreement with Terry Gilliam, has the distribution rights for the film in the USA, Canada and the UK.

The movie, which has been in some stage of production for years, made significant steps towards exciting in 2015, when Amazon appeared to back the project. At the time, Jack O’Connell and John Hurt were attached to the movie, with shooting expected to start early this year.

Since then, more bad luck befell the film, with delays to the shoot caused by Hurt’s diagnosis of pancreatic cancer (the actor was given the all-clear late last year). The Hollywood Reporter revealed as recently as March this year that the film would shoot in September 2016, with a budget of $18 million.

However, Amazon’s role has since become unclear: the online retailer has an agreement with director Terry Gilliam, but the main backer of the production’s new iteration is Paulo Branco, who is producing under his Paris-based Alfama Films label, alongside Spain’s Tornasol Films and Portugal’s Leopardo Filmes. (Screen Daily confirmed at the time that Branco had “recuperated the rights” from UK producer Jeremy Thomas, who had been involved in the project since its first ill-fated shoot in 2000.)

Now, new information confirms that things appear to be on track still for an autumn shoot this year – but the casting has changed.

Adam Driver is now set to star in the lead role of Toby, a jaded former film student, while Gilliam’s fellow former Monty Python Michael Palin will reportedly take on the role of Don Quixote.

These updates come from film website Flickreel, which also published this official synopsis:

There was a time when Toby was a young film student full of ideals. So he decided to shoot a film adapted from the story of Don Quixote in a pretty Spanish village.

But those days are gone and now Toby is an arrogant publicist, libidinous and jaded. Money and glitter have corrupted him, and while he is in Spain where he finishes filming an ad, he has to juggle with his boss’s wife – Jacqui – a calamitous weather, and his own ego. This is when a mysterious gypsy comes to find him with an old copy of his student film: Toby is upset and decides to go in search of a little village where he had made his first work a long time ago. He discovers with horror that his little film has had terrible effects on this quiet place. Angelica, the girl full of innocence, became a high-class call girl; and the old man who played Don Quixote lost his mind, convinced in his delusion of being the real “Knight of the Sorrowful Countenance.”

A series of incidents lead to a fire that threatens to destroy the village. Wanted by the police, Toby is “saved” by the old fool who takes him for his faithful squire Sancho, and drives on the roads in search of his perfect wife, Dulcinea.

During this journey, Toby will face demons, real and imaginary, modern and medieval. Damsels will be saved, jousts will be completed, and giants will be killed!

Reality and fantasy merge in this strange journey, until a spooky ending.

The site also snapped some pictures of concept for the project, including the following:

Is there a film that has been longer in the making than The Man Who Killed Don Quixote? Terry Gilliam’s take on the iconic Spanish novel has effectively been in production since 1998, when his first attempt at filming the project – starring Johnny Depp – was ruined by mother nature and a whole heap of bad luck. That painfully failed attempt was turned into the documentary Lost in La Mancha.

Since then, his tale of Toby, an advertising executive who winds up in 17th century Spain opposite Don Quixote, was re-attempted in 2005, with Robert Duvall, only to fail at the funding hurdle. Earlier this year, the rebooted project (without the time travel element) appeared to be on course for an August 2015 principal photography start and a May 2016 release, after a poster was spotted (and a photo taken by FilmTV.it) at Berlin’s EFM. The cast had been given a refresh too, including 71’s Jack O’Connell and John Hurt. One thing was missing: the backers.

Now, though, Amazon has stepped up to the plate to bring The Man Who Killed Don Quixote to life.

The company, which has been signing up increasingly ambitious talent to its original content studio – from Gael Garcia Bernal in Mozart in the Jungle and Woody Allen making his first TV series to Spike Lee and Jim Jarmusch, not to mention Ridley Scott’s The Man in the High Castle – has signed a deal with Terry Gilliam to part-fund and then distribute the film theatrically, followed by streaming it.

Gilliam revealed the news in an interview with Indiewire this week, who also confirmed the agreement with Amazon.

“I’m intrigued by their way of doing it,” the director told the site.

“They go into the cinemas first and then a month or two afterwards they go into streaming. And I think that’s good because you get a chance to see it on the big screen, and yet I know that more people have seen my films on DVD than they have in the cinemas and that’s the reality of life now.”

Gilliam also praised the new wave of VOD studios for their willingness to take risks – the director famously clashed with Bob and Harvey Weinstein over the production.

“Amazon and the like are interesting because they are all still in their formative stages,” he added. “They’re not a bureaucracy that has been around for years like the studio system, and so they’re full of people that are open to new and fresh ideas. So it’s a good time to be working with people like that.”

Gilliam also revealed that he had “a couple of other things” he’s playing with for Amazon, including old scripts that have been “wallowing within the studio system”.

“We’re going to stretch them out,” he continued. “So what was going to become a two and a half hour movie will now become a six-eight part TV series.”

When asked if that was Defective Detective, a film co-written by Gilliam and Richard LaGravenese, Gilliam responded: “It could well be!”

Shooting on Amazon’s The Man Who Killed Don Quixote is expected to begin in early 2016. What could possibly go wrong? 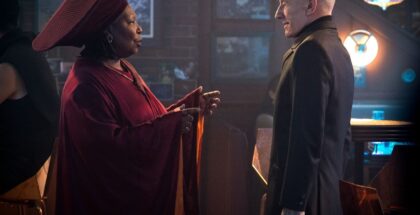