Sky Cinema to release Riverdance: The Animated Adventure | Where to watch online in UK | How to stream legally | When it is available on digital | VODzilla.co 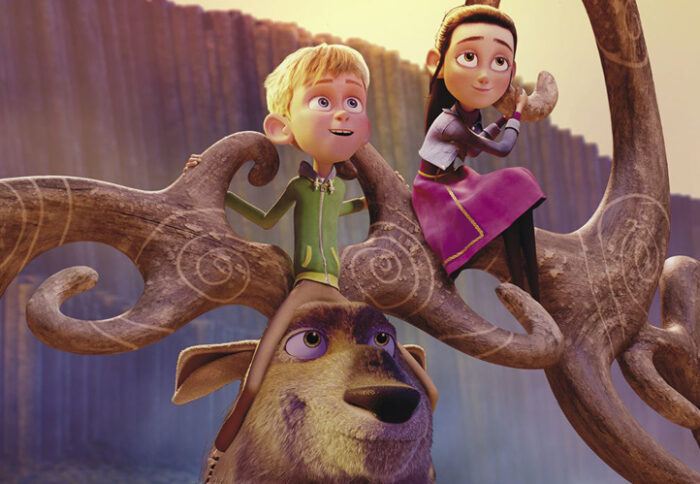 Sky Cinema has snapped up the rights to Riverdance: The Animated Adventure, a new family animation inspired by the Irish dance phenomenon.

The film, which is co-produced by Aniventure and River Productions, follows an Irish boy named Keegan (Sam Hardy) and a Spanish girl named Moya (Hannah Herman Cortes) as they journey into the mythical world of the legendary Megaloceros Giganteus, who teach them to appreciate Riverdance as a celebration of life. The film also stars Lilly Singh (Bad Moms, Ice Age: Collision Course), Jermaine Fowler (Coming 2 America, Friends of the People) and Pauline McLynn (Father Ted, The Young Offenders) plus features a new single by music star Lyra.

Zai Bennett, Managing Director of Content at Sky UK & Ireland comments: “Riverdance has been a cultural phenomenon across the world for more than twenty-five years. This magical animated adventure brings the spirit of Riverdance to life for a new generation and Sky Cinema customers are going to love it!”

Dave Rosenbaum, Director of Riverdance: The Animated Adventure adds: “This transcendent entertainment is what makes Riverdance a unique and exciting source for an animated feature. Our film celebrates the power of music and dance in new, unexpected ways. It illustrates the richness of Ireland’s history, nature and people. And it brings to the screen an original world full of comedy and drama, drawn from our imagination.”

Riverdance: The Animated Adventure will be released on Sky Cinema on 28th May. It will also be available on streaming service NOW via a Sky Cinema Membership. Here’s the trailer:

Cats is available on Sky Cinema. Don’t have Sky? You can also stream it on NOW, as part of an £11.99 NOW Cinema Membership subscription. For the latest Sky TV packages and prices, click the button below.

BBC Four to debut Delia Derbyshire: The Myths and the Legendary Tapes