Tin Star draws in over 16 million viewers | VODzilla.co | Where to watch online in UK | How to stream 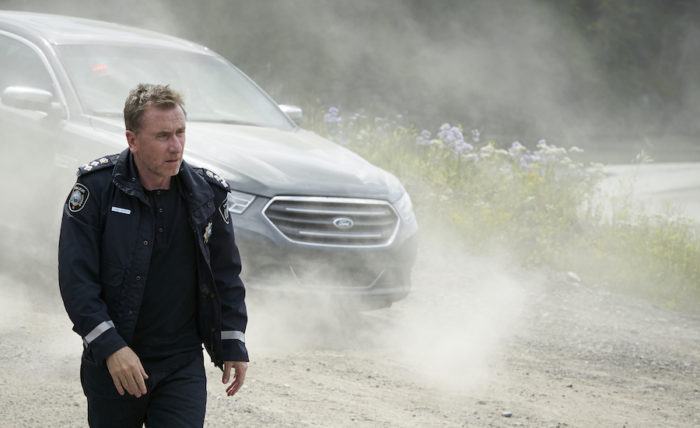 Sky Atlantic’s Tin Star has drawn in an average audience of more than 16 million viewers, as Sky viewers embrace binge-watching.

Racking up more than 1.7 million for each of its 10 episodes, the revenge thriller, Tin Star, starring BAFTA award-winning Tim Roth, it’s one of Sky’s best performing original productions, including live, on-demand and linear repeat viewings.

Tin Star is penned by BAFTA award-winning writer and director Rowan Joffe (28 Weeks Later, The American), and follows British police chief Jim Worth (Tim Roth) and his family as they desperately try to escape a past that unleashed an act of vicious revenge.

“The series is ostensibly a revenge thriller, as Jim seeks to rid the town of the blood-soaked corruption that’s polluting its streets,” we wrote in our review. “When it’s focusing on the family man doing right by his loved ones, it’s a hugely compelling watch, as Jim begins an inevitable slide back down the neck of a whisky bottle.”

In order to provide customers with flexibility for binge-viewing, the entire 10-part series, which launched on 7th September, was made available to watch as a boxset at the same time as a traditional weekly transmission. In total, more than 80 per cent of the viewing of Tin Star to date has been made on-demand. The series has had more than 16.5 million on-demand views through Sky set top boxes, the Sky Go app and TV streaming service NOW.

The show had already been commissioned for a second season, which will go into production in 2018. Indeed, in 2018, there will be more than 50 Sky Original Productions on air, 24 of which are returning shows, following Sky’s commitment to increase investment in original productions by 25 per cent.

Tim Roth is out for revenge this year, as he stars in Sky’s new original drama, Tin Star.

From Kudos, the makers of Broadchurch and Humans, Rowan Joffe’s entertaining and provocative 10-part drama is a vengeance-fuelled ride that brings a whole new meaning to the term law enforcement.

Roth stars as police chief Jim Worth, who,after starting a new life with his beloved wife and children in the peace and quiet of the remote Rocky Mountains, finally feels he has found the life he was searching for. However, the tranquillity is short-lived as the arrival of huge numbers of workers from a new oil refinery leads to a wave of drugs, prostitution and organised crime. This coincides with the horrific murder of one of Jim’s family. His obsessive quest to find the truth behind this mysterious killing drives a revelatory story about love, corruption and grief. Reigniting behaviour from his dark past, his journey leads to a personal battle with a long-buried demon that will not just defeat his enemies but threatens to destroy those he loves most.

Rowan Joffe promises “vast landscapes, classic themes, complex characters on dangerous journeys” in his series, plus “performances of the highest calibre”. Of the latter you can be sure, because Roth is joined by Christina Hendricks (Mad Men) as Mrs. Bradshaw, who fronts the oil company.

The town of Little Big Bear opens its doors for business later this year on Sky Atlantic and NOW. Here’s the new trailer:

When it comes to original drama, Netflix, HBO, Amazon and the BBC dominate the spotlight. Sky has snapped up the exclusive rights to HBO’s content in the UK, but the broadcaster keeps pushing ahead with its own original productions, from Fortitude to, in conjunction with Showtime, Penny Dreadful. Later this year, its most high-profile to date arrives in the form of The Young Pope, directed by Paolo Sorrentino and starring Jude Law.

That’s followed by Tin Star, with an equally impressive line-up of Tim Roth (The Hateful Eight) and Christina Hendricks (Mad Men). Due to air in 2017, it’s an epic, 10-part drama about the corruption of innocence; of murder, of grief and of all-consuming revenge – set against the backdrop of a remote mountain town.

Tin Star is produced by Kudos, the makers of BAFTA award-winning Humans, and is penned by acclaimed screenwriter Rowan Joffe. The show is currently filming in the Rocky Mountains of Canada – and Sky has now give us our first glimpse of its two stars on set.

Roth plays Jim Worth, an expat British cop starting a new life with his family as a chief in Little Big Bear, an idyllic town near the Rocky Mountains. Not long after their arrival, the opening of an oil refinery nearby leads to Little Big Bear becoming a boom town, bringing with it a wave of drugs, prostitution and organised crime. When Jim takes a stand against the oil company fronted by Mrs Bradshaw (Hendricks), it’s not long before someone makes an attempt on his life. But when Jim ducks the bullet meant for him, it leaves a member of his family dead instead – and the police chief becomes hell-bent on violent revenge.