Watch: Noomi Rapace fight with Noomi Rapace in What Happened to Monday | VODzilla.co | Where to watch online in UK

Noomi Rapace, Noomi Rapace and Noomi Rapace all star in Netflix’s new original film, What Happened to Monday – and a new clip sees the actress in brutal action. Several times.

Set in a world where families are limited to having one child due to overpopulation, the film follows seven identical sisters, who live a hide-and-seek existence pursued by the Child Allocation Bureau.

The sisters outwit the Bureau – led by Nicolette Cayman (Glenn Close) – by taking turns to assume their shared identity of Karen on a set day of the week. Tuesday, Wednesday, Thursday, Friday and so forth. Until, one day, Monday does not come home.

Sound crazy? It’s even crazier when you see it in action, with director Tommy Wirkola (known for wacky horror Dead Snow) not wasting any opportunity to cut between Noomi, Noomi, Noomi and Noomi, as armed men storm their apartment.

See that unfold in the new clip below. The whole of What Happened To Monday premieres on Netflix on Friday 18th August. Orphan Black, eat your heart out.

In a not so distant future, where overpopulation and famine have forced governments to undertake a drastic “One Child Policy”, seven identical sisters live a hide-and-seek existence pursued by the Child Allocation Bureau.

The Bureau, directed by the fierce Nicolette Cayman (Glenn Close), enforces a strict family-planning agenda that the sisters outwit by taking turns assuming the identity of one person: Karen Settman (Noomi Rapace). Taught by their grandfather (Willem Dafoe) who raised and named them – Monday, Tuesday, Wednesday, Thursday, Friday, Saturday and Sunday – each can go outside once a week as their common identity, but are only free to be themselves in the prison of their own apartment. That is until, one day, Monday does not come home…

What Happened to Monday premieres on Friday 18th August on Netflix worldwide. Read on for a trailer – or for more on what’s coming soon to Netflix UK in August, click here:

Netflix acquires What Happened to Monday? at Toronto

Netflix has acquired What Happened to Monday? at Toronto International Film Festival.

It sees Rapace take on multiple roles in a story set in a time when families are only allowed to have one child. The film is produced by Raffaella De Laurentiis, Philippe Rousselet and Fabrice Gianfermi and co-written by Kerry Williamson and Max Botkin.

The streaming giant pounced on the project, snapping up the rights yesterday. Variety reports that the “mid-seven figure” deal includes the US rights to the picture, which was screened for buyers at the festival and reportedly received “favourable responses”.

Netflix, of course, is no stranger to Toronto, with its original documentaries The White Helmets and Amanda Knox also screening at the festival. The streaming giant has become a notable presence on the festival circuit, with both Netflix and Amazon dominating trade at Sundance earlier this year. However, Variety notes that “few deals have closed for finished projects” in Toronto, with the most high-profile acquisition belonging to Fox Searchlight (Jackie, starring Natalie Portman) and a mystery Chinese buyer, who bought Colossal, a monster movie starring Anne Hathaway and Jason Sudekis.

“Many distributors are exercising caution, but a handful of other titles are expected to come together in the days to come,” adds the site.

For more on the changing relationship between VOD and festivals, click here. 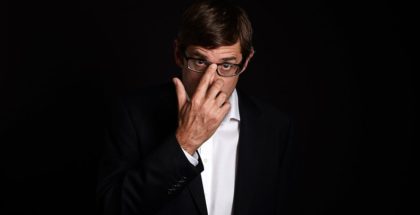