MUBI to release Son of Joseph in UK cinemas this Christmas | Where to watch online in UK | How to stream legally | When it is available on digital | VODzilla.co

MUBI to release Son of Joseph in UK cinemas this Christmas 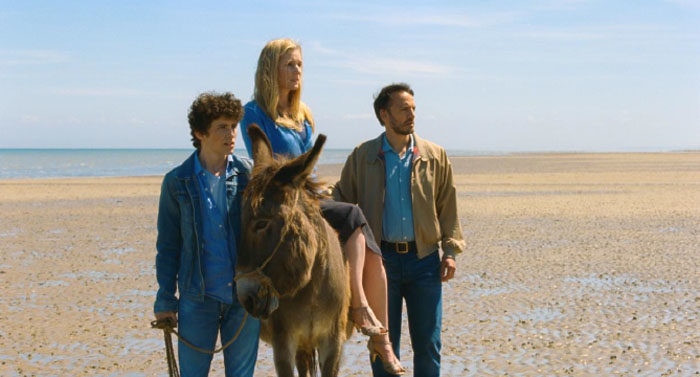 MUBI is unwrapping a special present for UK audiences this Christmas: Son of Joseph, the new comedy from Eugène Green.

The film, which premiered at the Berlin Film Festival, was snapped up by the subscription VOD service earlier this year, as part of a wave of festival acquisitions, including Mathieu Amalric’s The Blue Room, Tomas Weinreb and Petr Kazda’s I, Olga, Rachel Lang’s feature length debut, Baden Baden, and Cannes prize winner The Happiest Day in the Life of Olli Maki.

Son of Joseph joined Olli Maki at the London Film Festival this month, where the film received its UK premiere. Now, MUBI has announced that it will release the film in UK cinemas on 16th December, before releasing it exclusively online on Christmas Day.

The film follows teenager Vincent (Victor Ezenfis), who sets out to discover who his birth father is – a painful secret kept from him by his loving mother, Marie (Natache Regnier), . It’s not long before Vincent discovers it to be a certain Oscar Pormenor (Mathieu Amalric), an egoistic and cynical publisher, based in Paris.

Vincent quickly develops a plan of revenge upon Oscar but before he can set his ideas in action, he meets Joseph (Fabrizio Rongione), a man living on the fringe of society, who will have a profound impact on his and his mother’s lives.

Told in Green’s unique baroque style, The Son of Joseph is a deliciously witty, thematically stimulating and emotionally satisfying cinematic journey from a modern day master.

The film follows I, Olga’s release in cinemas on 18th November.

For more on what’s new and coming soon to MUBI, see our weekly guide here.