Netflix UK TV review: Black Mirror Season 3, Episode 4 (San Junipero – spoilers) | Where to watch online in UK | How to stream legally | When it is available on digital | VODzilla.co

One of the joys of watching Black Mirror is that you know, instinctively, that everything is not what it seems. It is a show that rarely opens with its sci-fi premise, but lets you discover it over the course of a narrative that otherwise seems straightforward or even innocuous. This thrilling method of storytelling is present and correct in San Junipero, a tale that, at first, just seems to be a romance set in a coastal resort in the 80s, without any sci-fi in sight.

San Junipero peels back its layers far more slowly than many a Black Mirror episode, giving more time to developing the relationship between shy, badly dressed Yorkie (Mackenzie Davis) and life-of-the-party hedonist Kelly (Gugu Mbatha-Raw). Yet there are just a few things that seem not quite right. This is a glossy, shimmering vision of the decade, where the clubs are clean and the dances feel forced. Everyone is dressed like they are at a fancy dress party, as opposed to anything authentically 80s. One begins to wonder if this is an awkward result of a bigger budget, but it turns out that such fakery is, naturally, all part of the ruse.

This patient, intelligent storytelling is just one of the things that makes San Junipero a compelling hour of TV. While it’s not close to being one of the best episodes of the show, Episode 4 of Season 3 is never dull and its drip-feed of information will keep you gripped over the course of an hour. There’s lots more to love, too, including a predictably magnificent performance from Gugu Mbatha-Raw, an actress who really deserves to be the Biggest Deal. Her Kelly is a bundle of energy, a confident and forthright partygoer and a world away from her Belle or Noni in Beyond the Lights. 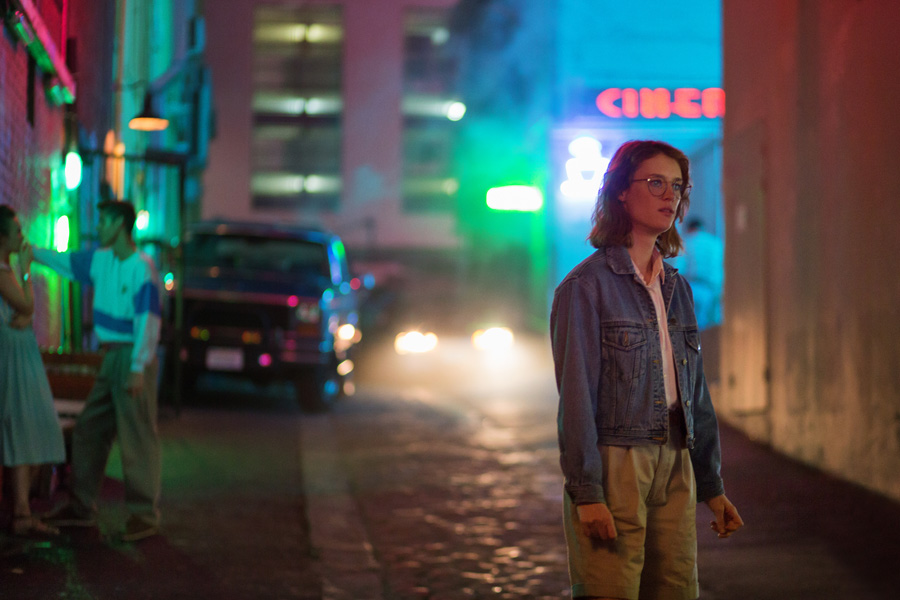 The most remarkable aspect of San Junipero, however, is that it is the closest Black Mirror has ever been to being… optimistic? Clint Mansell’s shimmering, atmospheric score occasionally touches at the transcendent, creating a tone that seems to be laced with hope, an unusual emotion to associate with Black Mirror. A little leaven to the bleakness and brutality is a welcome change in tone, but it results in the show pulling its punches.

The big reveal – that San Junipero is some kind of artificial heaven where dying and dead consciousnesses can relive their youths in the era of their choice – has so many different avenues that could be explored. The human need for escapism through technology; our infantilising obsession with nostalgia; the cycles of life being the same in every era. It’s a premise ripe with ideas, but Brooker opts, in the end, to settle on some kind of liberal utopia that celebrates the triumph of humanity and its ability to ultimately overcome every problem, even death.

Positive, upbeat stories can still be complex and thought-provoking, but it feels awkward in Brooker’s hands. It’s saying very little, just predicting a secular, humanist version of the future and not really challenging it in the way the premise demands. San Junipero ends on a note of unalloyed victory and ends up ringing false as a result.

Black Mirror Seasons 1 to 3 are now available on Netflix UK, as part of an £9.99 monthly subscription.

For spoiler-filled reviews of each new episode of Black Mirror, click here.

MUBI to release Son of Joseph in UK cinemas this Christmas