My French Film Festival: The 2016 VOD line-up | VODzilla.co | Where to watch online in UK

My French Film Festival has returned for a sixth year this February, bringing a host of new French movies into your living room without the hassle of travelling to France or walking a crowded red carpet.

The festival, organised by uniFrance, has been been an established presence on the UK streaming scene for some time, with a long-standing partnership with Curzon Home Cinema. This year, MUBI is also joining in the fun, with All About Them released on the subscription VOD service on Tuesday 9th February. All the other titles are available to watch via Curzon’s VOD platform until 18th February, when the festival ends.

It’s not just in the UK that the event is getting bigger: in the festival’s first week following its launch in January, it racked up over 1 million views from 150 different countries. Over the following week, that total increased to 2.5 million.

The full program consists of 10 features, 10 short films, one French classic and a collection of out-of-competition Belgian and Canadian films. At the end of the festival, the Chopard Directors Award will be announced by a jury made up of Felix Van Groeningen, the director of The Broken Circle Breakdown, Marjane Satrapi, the director of Persépolis, Valérie Donzelli, director of Declaration of War, and David Robert Mitchell, director of It Follows. The awards will also include the International Press Prize and the Audience Award, in partnership with Lacoste.

For a round-up of the films available, read on for the trailers for each film in competition:

À trois on y va (All About Them) – Jérôme Bonnell 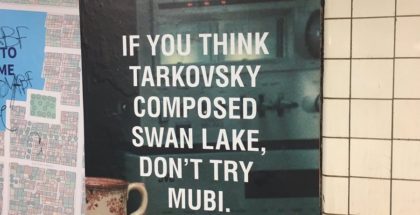