MUBI to release Gus Van Sant's Don't Worry He Won't Get Far on Foot in UK cinemas | VODzilla.co | Where to watch online in UK

MUBI has snapped up the rights to Gus Van Sant’s Don’t Worry He Won’t Get Far on Foot.

The subscription streaming service will distribute the latest from the Good Will Hunting director in UK cinemas this October.

Based on the remarkable true story of cartoonist John Callahan, the film follows the Portland slacker (Joaquin Phoenix), who nearly loses his life in a car accident. After that incident, the last thing he intends to do is give up drinking but when he reluctantly enters treatment – with encouragement from his girlfriend (Rooney Mara) and a charismatic sponsor (Jonah Hill) – Callahan discovers a gift for drawing edgy, irreverent newspaper cartoons that develop a national following and grant him a new lease on life.

The film which had its world premiere at the Sundance film festival is a poignant, insightful and often funny drama about the healing power of art.

“A thoroughly charming and hopeful comedy-drama celebrating the life of an artist and how in taking the step to confront our deepest fears we can learn to live full and rewarding lives,” is how we described it in our review, when it premiered at the Berlin Film Festival. “What might have been a straight up awards-worthy movie in other hands is perhaps too idiosyncratic and freewheeling for widespread acclaim, but that’s precisely why it works and sets itself apart from others of its biopic ilk.”

MUBI’s acquisition of the Amazon Studios title marks the streaming company’s growing push into theatrical distribution: it recently snapped up the UK cinema rights to Luca Guadagnino’s remake of Suspiria, and has also introduced a new service called MUBI GO, which gives its subscribers one free cinema ticket to a specified film every week.

Don’t Worry He Won’t Get Far on Foot will be released by MUBI in UK cinemas on Friday 26th October. 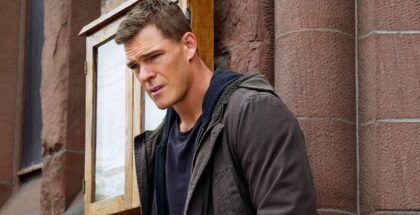 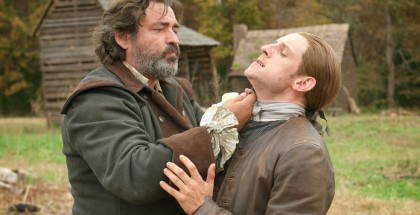