Amazon overtakes Netflix in 2016 Golden Globe nominees | Where to watch online in UK | How to stream legally | When it is available on digital | VODzilla.co 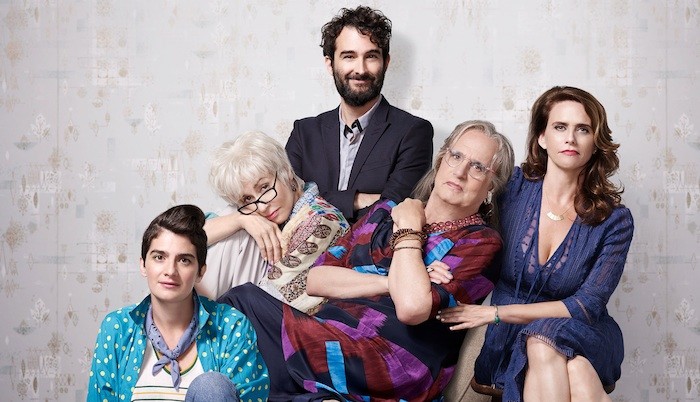 Amazon has overtaken Netflix for the first time in the race for awards.

The online retailer’s streaming service has landed a whopping 13 nods in the 2016 Golden Globe nominations, comfortably outstripping Netflix, which has 10 to its name.

Amazon made history at 2015’s Golden Globes when its ground-breaking show Transparent became the first web-only programme to pick up one the main prizes for Best Series. Transparent was named Best TV Series, Comedy or Musical and the show’s second season has done it again, landing a nomination in the Best Series category, as well as a nod for Jeffrey Tambor in the Best Actor (Musical or Comedy) category and Judith Light for Best Supporting Actress.

Amazon’s award clout looked set to be limited to only Jill Soloway’s critical darling, but this year’s nominations have extended its prize-winning potential to Mozart in the Jungle, which is also nominated for Best Series (Musical or Comedy) and has picked up a nod for Best Actor (Musical or Comedy) for Gael Garcia Bernal to boot.

Netflix’s original shows have had an equally successful year, with Narcos squaring off against Game of Thrones and Empire for Best Series (Drama) and Orange Is the New Black up for Best Series (Musical or Comedy). Wagner Moura picked up a Best Actor (Drama) nomination as well, as the drug thriller took the baton from House of Cards’ previous nominations for Kevin Spacey and Best Drama. The political juggernaut remains at the table, though, with Robin Wright once again being nominated for Best Actress (Drama).

Netflix can also claim credit, though, for Better Call Saul’s Best Actor (Drama) nomination for Bob Odenkirk, thanks to the SVOD service’s exclusive distribution of AMC’s show on UK soil.

While Netflix has often been lauded for its superior library of TV shows, though, Amazon’s smart acquisitions in the last year have built an formidable line-up for UK Prime Video subscribers: the site is now the British home of Outlander and Mr. Robot, both of which are up for Best Drama alongside Narcos. Mr. Robot also has a Best Actor (Drama) nod for Rami Malek and Best Supporting Actor nod for Christian Slater, Outlander’s Caitriona Balfe, meanwhile, is also up Best Actress (Drama), and her co-star Tobias Menzies is up for Best Supporting Actor.

That means Amazon outnumbers Netflix two to one in both the Best Drama Series and Best Comedy Series stakes. The latter also sees another streaming contender enter the fray: Hulu, whose Casual has picked up one nomination in total.

Netflix’s Daredevil and Jessica Jones and Amazon’s The Man in the High Castle are sadly missing from the list of nominees, but it’s a sign of how much the industry has transformed that we’ve moved from seeing streaming services receive one or two token nods at the Golden Globes to expecting to see their output up there with the traditional networks’ nominees.

Both Amazon and Netflix, though, may well see their shows trumped by Sky and NOW. Well, in one category, at least: after being ineligible last year, Eva Green fans will be delighted to see that she has received a well-deserved nomination for her performance in the horror drama Penny Dreadful.

The rise of VOD can also be seen in the film section of the contenders too, as Netflix bags its first acting nomination ever for a feature film with Idris Elba in Beasts of No Nation. As both Amazon and Netflix step up their feature film production, how different will the line-up look in 2017?

Here is the full list of 2016 Golden Globe nominees:

Best Actor in a Motion Picture, Musical or Comedy

“Love Me Like You Do” 50 Shades of Grey
“One Kind of Love” Love and Mercy
“See You Again” Furious 7
“Simple Song No. 3” Youth
“Writing’s on the Wall” Spectre

Best Supporting Actress in a Series, Limited-Series, or TV Movie

Best Supporting Actor in a Series, Limited-Series or TV Movie

Best Actor in a Limited-Series or TV Movie

Best Actress in a Limited-Series or TV Movie 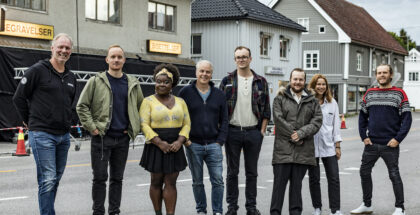