Frozen 2 set for July release on Disney+ UK | VODzilla.co | Where to watch online in UK | How to stream

Frozen 2 is coming to Disney+ UK this July.

The hit animated sequel was fast-tracked to Disney+ in the US following the coronavirus outbreak, as parents raced to keep the kids entertained at home. In the UK, though, the film was only just being released on DVD and digital, which meant families have had to wait longer for it to arrive on Disney’s subscription platform.

Now, Disney has confirmed that Elsa, Anna, Kristoff, Olaf and Sven’s second outing will arrive on Disney+ on 3rd July in the UK and Ireland.

Frozen 2 follows the gang as they journey into the unknown to discover the source of Elsa’s magical powers and save the kingdom of Arendelle. From Walt Disney Animation Studios and directors Jennifer Lee and Chris Buck, producer Peter Del Vecho, and songwriters Kristen Anderson-Lopez and Robert Lopez, Frozen 2 features the voices of Idina Menzel, Kristen Bell, Jonathan Groff and Josh Gad.

“This visually stunning, ear-worming sequel is a deceptively mature tale of love, acceptance and growth,” we wrote in our review.

The film will follow the release of behind-the-scenes documentaries Into the Unknown: Making Frozen 2, which arrives on Disney+ UK on 26th June. With Frozen 2 arriving, it completes a set of Frozen titles on Disney+ UK, including Olaf’s Frozen Adventure, Frozen Fever and LEGO Disney Frozen – Northern Lights.

The release of Frozen 2 comes hot on the heels of Maleficent: Mistress of Evil, which has been fast-tracked to stream on Disney+ UK this month, and the premiere of Artemis Fowl, which was originally set to be released in cinemas before going straight to Disney+ instead. For what’s coming soon to Disney+ UK in June, click here. 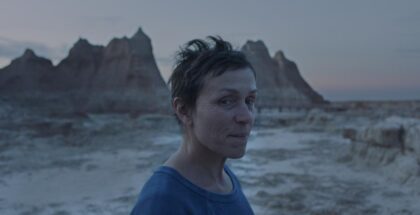