E4 has acquired the rights to Minnie Driver sitcom Speechless.

The series, which first aired in the US in 2016, is currently airing its third season stateside, and now, all three seasons are coming to the UK. Driver stars as Maya DiMeo, a mum who will do anything for her husband, Jimmy (John Ross Bowie), and kids Ray (Mason Cook), Dylan (Kyla Kenedy), and JJ (Micah Fowler), her eldest son, who has cerebral palsy.

In Season 1, as Maya fights injustices both real and imagined, the family works to make a new home for themselves, and search for just the right person to give JJ his “voice”. In the second season, it’s the start of a new school year and the DiMeos, who have always been on the search to find the right school support for JJ, are faced with a new and unfamiliar reality… the DiMeo kids are going to continue at the same school! This is unchartered territory for the DiMeos but, as always, they will find a fun balance in everything they do while adjusting to the concept of becoming actual members of a community.

As Season 3 begins, the family – along with JJ’s, aide Kenneth (Cedric Yarbrough) – head to London to meet up with Maya’s long-estranged father, Martin, to ask him to help them in their time of need. Will they even reconcile? Maya grapples with the fact her children are growing up fast and JJ will be heading off to college soon, leaving her a lot more free time on her hands to focus on Ray and Dylan.

Scott Silveri (Friends) writes and is executive producer of the show, along with Fresh Off the Boat’s Jake Kasdan and Melvin Mar. The series is from Twentieth Century Fox Television. 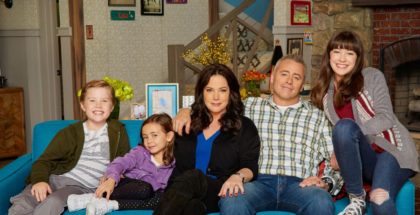 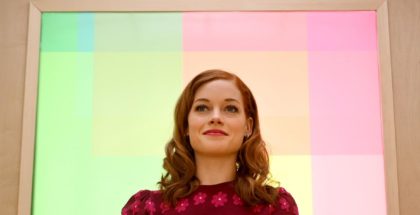