Charles Dance, David Morrissey, Luke Treadaway to star in ITV's The Singapore Grip | VODzilla.co | Where to watch online in UK

Charles Dance, David Morrissey and Luke Treadaway will star in The Singapore Grip, a new drama in the works at ITV.

An epic story set during World War Two, The Singapore Grip focuses on a British family living in Singapore at the time of the Japanese invasion. Now, ITV and Mammoth Screen, part of ITV Studios, are bringing it the screen, with a star-studded cast assembled to do so. Luke Treadaway, David Morrissey, Jane Horrocks, Colm Meaney and Charles Dance will lead the drama, with former Coronation Street actor Elizabeth Tan and rising star Georgia Blizzard will also starring.

Adapted from Booker Prize winner J.G. Farrell’s novel by Oscar winning screenwriter and playwright Christopher Hampton (Atonement), Treadaway (The Curious Incident of the Dog in the Night-Time, Ordeal By Innocence) plays the reluctant hero and innocent abroad Matthew Webb. Morrissey (The Missing, Britannia) takes the role of ruthless rubber merchant Walter Blackett, who is head of British Singapore’s oldest and most powerful firm alongside his business partner Webb, played by Dance (Game of Thrones, And Then There Were None).

With Webb’s health failing, Walter needs to ensure the future of their firm is secure. He decides Webb’s son Matthew is the perfect match for his spoilt daughter Joan (Blizzard). Matthew’s idealism leaves Walter increasingly suspicious as Matthew himself falls under the spell of Vera Chiang (Tan), a mysterious Chinese refugee.

The series will be executive produced by Mammoth Screen’s Damien Timmer, responsible for recent dramas including Poldark and The Witness For The Prosecution and the up-coming World on Fire for BBC One, NW and Parade’s End for BBC Two and Victoria, Endeavour and Vanity Fair for ITV. Farah Abushwesha (The ABC Murders) will produce the series and Tom Vaughan (Press, Victoria, Doctor Foster) will direct all six episodes.

Hampton says: “As a great admirer and, eventually, a friend of J.G.Farrell, I was delighted to be invited to adapt The Singapore Grip, a panoramic account of the disastrous loss of Singapore to the Japanese invaders in 1942. Close analysis of this great novel has only deepened my enthusiasm for the skill with which Farrell has combined the private story of the machinations, commercial and amorous, of the Blackett family and their struggle – described with Farrell’s trademark subversive wit – to preserve and expand their prosperous rubber business with the unfolding of the cataclysmic events to which they remain totally oblivious until it’s too late. Matthew Webb, our bespectacled protagonist, an idealistic innocent abroad, lands in the middle of all this, to find himself fiercely pursued by two beautiful women – an English heiress and a Chinese adventurer – and his story, with its tumultuous backdrop, is told in a style with echoes of Tolstoy and Evelyn Waugh, but still, unmistakably, the unique voice of Jim Farrell.”

The series has commenced filming in South East Asia.

Orphan Black spin-off in the works 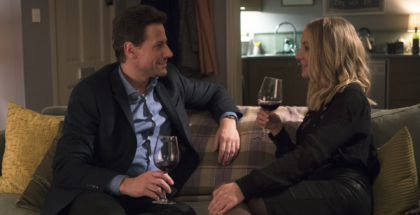 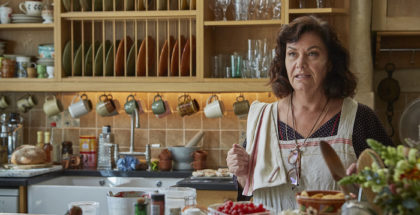 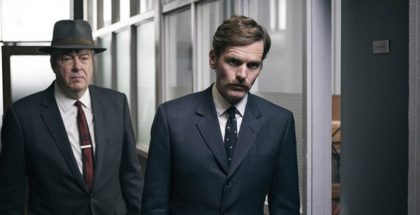