Channel 4 commissions shorts starring The Last Leg host | Where to watch online in UK | How to stream legally | When it is available on digital | VODzilla.co

Channel 4 has commissioned a series of shorts starring Alex Brooker.

The host of The Last Leg is also an ambassador for disability charity Scope, who will partner with the broadcast for the shorts.

Titled What Not To Do, the series will see Alex Brooker react to different scenarios via hidden camera set-ups exposing onlookers’ awkwardness around disability.

It will consist of six episodes, each 3 minute in length. They exemplify how not to behave in situations including a blind date, a job interview and at the hairdressers – all representing real life situations based on research from Scope.

The new Shorts are part of Scope’s End the Awkward campaign which launched last year. The campaign aims to tackle attitudes to disability, by shining a light on the awkwardness that many people feel around disabled people.

“Scope research shows that two-thirds of people feel awkward around disability. This is because not enough people know or interact with disabled people,” says Mark Atkinson, interim chief executive at Scope.

The shorts will be released exclusively on All 4 for 30 days in early August, before becoming available via Scope’s social channels and website.

“We hope the shorts will start conversations about disability and get us all thinking about what we can do to include disabled people more in our lives,” adds Atkinson.

Magazine review: Oh My Vlog! (or Old People Are Scared of Things for Young People) 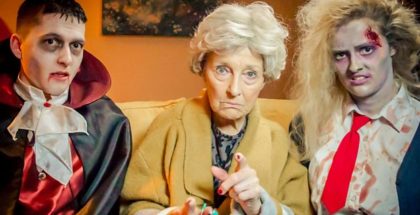