Better Call Saul UK release date confirmed – along with new poster and trailer | Where to watch online in UK | How to stream legally | When it is available on digital | VODzilla.co

The 10-episode prequel to Breaking Bad, will follow in the footsteps of Vince Gilligan’s addictive original series and premiere in the UK exclusively on Netflix within 24 hours of its US broadcast. AMC has already announced that it will debut the programme on Sunday 8th February across two evenings. As predicted by us earlier this year, then, Better Call Saul Episode 1 will land on Monday 9th February, with Episode 2 available to stream on Tuesday 10th February.

Every Tuesday will see a new instalment arrive on Netflix UK, with each episode released within 24 hours of its original US broadcast at 7am.

The series is set six years before Saul Goodman (Bob Odenkirk) meets Walter White. When we meet him, the man who will become Saul Goodman is known as Jimmy McGill. The series will track Jimmy’s transformation into Saul Goodman, the man who puts “criminal” in “criminal lawyer.
”
Vince Gilligan and Peter Gould created the show together and serve as co-showrunners of the premiere season, with Gilligan also directing the first episode.

Here’s the new trailer released by Netflix – read on for the rather fetching Better Call Saul artwork. 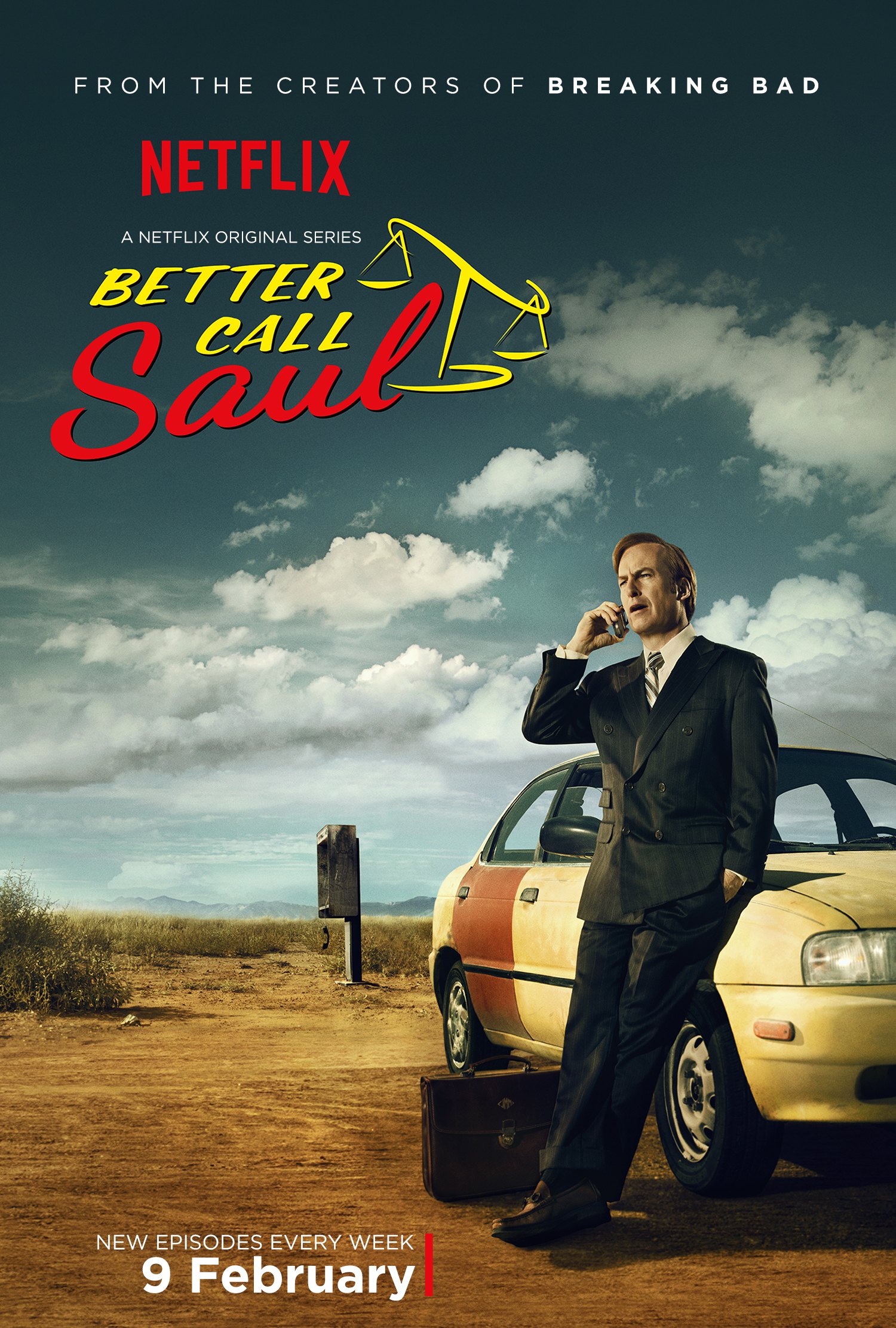