BFI Player: The London Film Festival goes on-demand | Where to watch online in UK | How to stream legally | When it is available on digital | VODzilla.co

Update: The BFI has officially unveiled the BFI Player. Here’s what you need to know.

“BFI London Film Festival content will be a key attraction in the first range of services on the BFI Player and will also be available on the recently launched BFI Samsung smart TV app.”

BFI? VOD? Yes, really. The service was announced in 2012 and marks a major step for the organisation to preserve Britain’s past film heritage for the future. Indeed, in January the BFI hired former ITV and Virgin man Edward Humphrey as Director of Digital to head up its digital campaign as part of its Film Forever strategy.

Humphrey’s mission? To “maximize and increase the reach and value of the BFI’s cultural content”.

CEO Amanda Nevill commented: “We have big digital ambitions and working with the committed and talented BFI digital team Edward [Humphrey] will be instrumental in rolling out our Film Forever plans next year.”

Noting that digital and social media have “fundamentally shifted” the way audiences discover and watch film, Humphrey added: “By using these new platforms, we have a unique opportunity to unlock the magic of the U.K.’s cinematic history and help shape its future.”

That mention of Samsung’s Smart TV app? That’s the kind of thing they are looking to set up as they establish and roll out a BFI VOD platform. The plan is to ultimately digitise 10,000 films over the coming five years.

The Samsung app launched in August, featuring footage from the BFI’s vast collection of archived content.

What exactly the London Film Festival’s VOD offerings will involve is yet to be seen. With old films already available on the Smart TV app and the LFF premiering new restored versions of archive films in its Treasures strand, will some of the festival’s titles be available to stream? Or will it just be interviews and behind-the-scenes bits?

We’ll let you know as soon as we do. 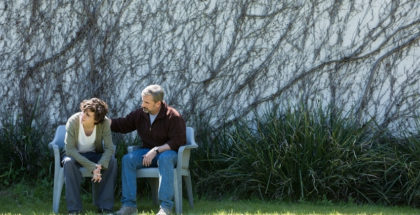