Arabian Nights to hit MUBI in May following April cinema release | Where to watch online in UK | How to stream legally | When it is available on digital | VODzilla.co

Arabian Nights will be released exclusively on MUBI this May, following an April cinema release.

Miguel Gomes’ epic, which was a hit at last year’s Cannes Film Festival, was snapped up for UK distribution by MUBI and New Wave Films last July. The innovative partnership between the SVOD service and the indie distributor marks MUBI’s first theatrical acquisition and the latest in a long line of festival favourites for New Wave, whose previous slate has included Once Upon a Time in Anatolia and Winter Sleep.

Now, the duo have confirmed that Arabian Nights will be released in cinemas on Friday 22nd April, following a Scottish premiere at the Glasgow Film Festival on 22nd February. It will then be available to watch online exclusively on MUBI from May, with a DVD and wider VOD release on 11th July.

The film is split into three volumes, with each part of the trilogy released in UK cinemas a week at a time: The Restless One (22nd April), The Desolate One (29th April) and The Enchanted One (6th May). In May, each volume will be released separately and in sequence on MUBI for a window of 30 days.

Shot on 16mm and 35mm and loosely inspired by One Thousand and One Nights, Gomes’ movie is a vivid account of contemporary Portugal at a time of profound austerity. It channels the current struggles of economically depressed Portugal through an assortment of tales ranging from farcical yarns – an overloud cockerel, an alfresco courtroom and a wandering dog – to grounded accounts of social issues and gritty realism.

The release is another step in MUBI’s ambitious expansion around the world, with the VOD service snapping up Paul Thomas Anderson’s Junun exclusively last year and recently anouncing the exclusive release of rediscovered Dennis Hopper documentary The American Dreamer in February. MUBI will also launch its service in China this year.

A MUBI subscription costs £4.99 a month. For more information on what’s new and coming soon to the site, click here. 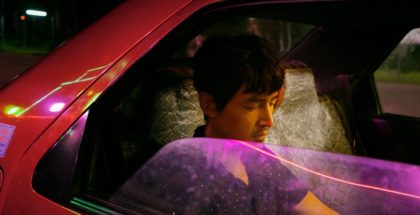