It’s the Easter Bank Holiday, which means you’re either outside, enjoying the sun, or indoors, frantically catching up on housework and in need of a TV break. Either way, there’s a whole host of stuff you’ve probably missed on the telly in the past few days.

So sit down, put your feet up and spend a couple of hours of streaming some classy Beeb entertainment. From boat races to Time Lords, we round up the best TV shows and films currently on BBC iPlayer. 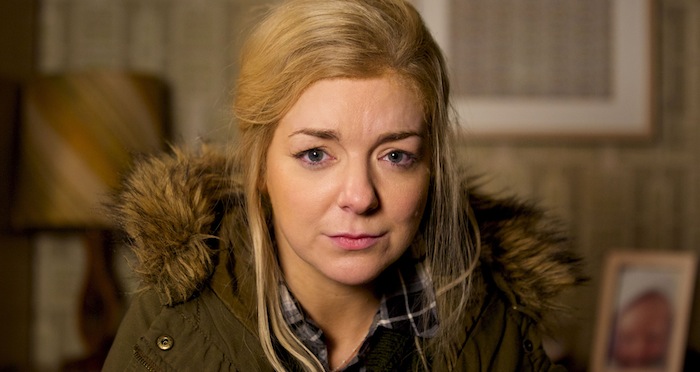 How do you improve upon perfection? Add Sheridan Smith.

The actress is astounding in the second episode of Inside No. 9’s new season – and the best episode of the series to date. She plays Christine, a woman who finds her life unravelling after bringing a man home from a party. As events seem to slide from one time period to the next, awkward social gatherings deliver big laughs – Steve Pemberton as a flamboyant friend is a highlight – and a mysterious intruder (the wonderfull sinister Reece Shearsmith) delivers chilling jumps, but it’s the sudden departure of loved ones that delivers the tale’s heartbreaking punch.

Inside No. 9’s strength is that Shearsmith and Pemberton understand how to boil down a tale to its essential form and tell it without over-complicating matters – a finely honed approach that makes the funny hysterical, the sad moving and the scary terrifying. The 12 Days of Christine is perhaps their most basic concept yet, but that simplicity gives it a power that hits you right in the gut. Sublime television.

Available until: 2nd May

Matt Berry Does… The Boat Race

Ahead of the 2015 Boat Race, which takes place on 11th April, Matt Berry takes his own, inimitable take on the history of the event, which goes all the way back to water insects. Berry’s latest in a string of iPlayer exclusives (and the first of a new series) confirms not only that the Beeb’s online service is a great platform for short-form content, but also that the IT Crowd star has one of the funniest voices around. Matt saying the word “university” alone is enough to have you in stitches.

Available until: 5th May

Over the years, Louis Theroux has grown from a quirky geek interviewing strange-but-true people to one of the top human interest journalists around. This latest series, which started with a look at an Ohio psychiatric ward, continues with an investigation of children who are choosing to undergo a sex change. It’s an intriguing, and also potentially divisive, topic, which makes it ideal for his brand of casually awkward brand of questioning that positions him somewhere between Jeremy Paxman and a kind uncle.

Transgender Kids sees him at his sensitive best, fleshing out the emotions that go into such a decision – for both the transgender youngsters in question and their families. Telling a teenager that being 14 going on 15 was one of the toughest years of his life only brings out the universality of identity crises that we all face (one parent says their child has taught them to be more authentically themselves), but the most beautiful moment comes courtesy of five-year-old Sebastian, who is slowly becoming Camille.

“Can you turn back into a boy?” he gently questions her. “No. I would never do that,” she replies. “Do you think you were always a girl, or that you are turning into a girl?” “Always a girl,” she says, simply. “I’m a girl forever.”

Available until: 5th May

London’s Hammersmith Apollo hosts a 60th birthday celebration to end all 60th birthday celebrations – because this is the birthday of the Eurovision song contest. From Brotherhood of Man and Dana International to Lordi and even Riverdance, the concert co-hosted by Petra Mede is a fun warm-up to May’s big competition – and a chance to see Graham Norton with a beard to rival Conchita. Well, maybe Kelsey Grammar.

Available until: 3rd May

Available until: 4th May

Cheerful, cute and charming. Sylvester Stallone is none of these. His pseudo-offspring, though, is all three. Otherwise known as Will (Bill Milner), he is a schoolboy raised by the stern Plymouth Brethren. He is not allowed to watch TV, has no friends, and spends all day colouring in his Bible. So when his humdrum existence collides with the hard knock life of a bullied younger brother, Lee Carter (Will Poulter), it’s no wonder that seeing bloodthirsty Sly in First Blood pushes Will just over the edge of crazy.

Stripping down to a scrubby vest, he runs around with a tie on his head, screaming his face off. “I am the Son of Rambow!” he cries, while Carter records it on a camera. As much about friendship as it is amateur filmmaking, our two half-pint heroes do pathos without going into overdrive; the mundane touches outweigh the over-the-top, resulting in a childlike charm that is hard to resist.

If you started getting excited by the words “Tom Felton”, then you may well fall into the category of “superfan”. What motivates someone to become so devoted to a programme, movie or person? BBC Three’s documentary is an insightful, sympathetic investigation into the phenomenon, from tales of bullying and escapism to a celebration of cosplay at Comic-Con.

The masterstroke, though, is getting Tom to present the whole thing, giving us a look at the crazed crowds from the other side of the red carpet. Reactions to him, both in disguise and in person, are telling, while comments from J.K. Rowling and Daniel Radcliffe add to the insight of what it’s like to be objectified by complete strangers. The most revealing part of all, though, is the on-the-ground guerilla reporting of Tom asking for autographs; a sequence that captures the thrill of recognition from someone you don’t even know.

Adam Curtis’ bizarre, surreal, brilliant provocative documentary deconstructs the media’s presentation of politics and history with a dizzying complexity and a dark sense of humour. At over two hours, it’s a daunting watch, but an important one – not least because it showcases the potential for BBC iPlayer as a platform for bold, experimental work. (Read our full review)

“You were an excellent Doctor – and goodness had nothing to do with it.”

The ultimate irony of Flatline – a story about two-dimensional villains – is that it comes at a time when Doctor Who is the most three-dimensional it has been in years. The geek-heavy mythos and tonal flippancy of the Smith era have been replaced by ambiguous characterisation, rippling subtexts and a restored sense of wonder and adventure. Flatline captures this shift admirably, a story of such bracing conceptual ambition that it leaves plenty to ponder, even as today’s kids will remember it fondly as “the one with the killer graffiti”.

This is as memorably weird as Doctor Who gets, with people trapped in walls and the Doctor stuck in a tiny TARDIS, but writer Jamie Mathieson makes subject and theme cohere so well it’s virtually a ‘How to’ on writing modern Doctor Who. On the one hand, the use of dimensions as a modus operandi creates a very Moffat-esque structural conceit; on the other hand, the social metaphors might have been devised by Russell T. Davies.

From Gogglebox to creepy monsters, this is everything that Doctor Who could and should aim to be.

Emily Bronte’s tragic romance between the wild Heathcliff and Cathy, the daughter of his adoptive family, has been given many treatments over the years. This four-time Oscar-winning adaptation from 1939, though, is one of the best, with a cracking performance from Laurence Olivier.

12-year-old Meena wants to be a blonde bombshell like Anita, the glamorous 14 year old who just moved in next door. In a 1972 Midlands town, though, the girls’ friendship is in for a rocky ride. It may scream Bend It Like Beckham, but Meera Syal’s coming-of-age movie – based on her own novel of the same name – is smart, engaging stuff, with a quality supporting cast that includes Kathy Burke and Sanjeev Bhaskar. 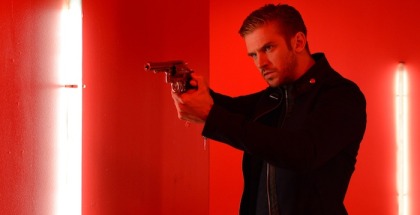