First look UK TV review: The North Water | Where to watch online in UK | How to stream legally | VODzilla.co 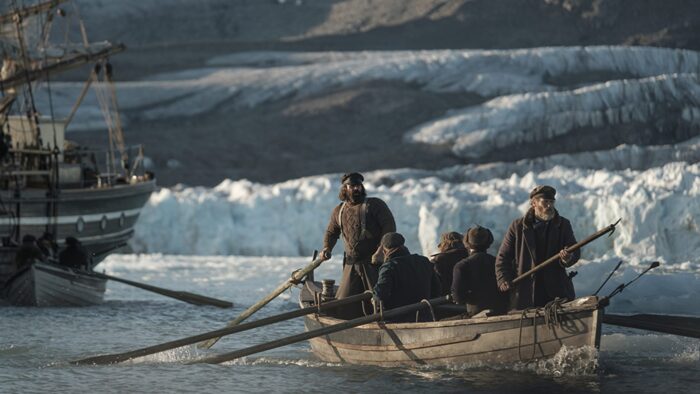 The North Water premieres at 9pm on BBC Two on Friday 10th September, with all episodes then available at once on BBC iPlayer.

“To tell you the truth, I was after a change,” says Patrick Sumner (Jack O’Connell) in the opening episode of The North Water, as he’s asked about what he’s doing on board the whaling vessel The Volunteer. “You mean you’re running away?” comes the shrewd reply. That sets the tone for Andrew Haigh’s five-part drama, which follows a group of men who are all running away from something – a doomed vessel of “refugees from civilisation”, as Captain Brownlee (Stephen Graham) puts it.

They’re certainly not headed anywhere remotely near civilisation: the ship is on a whaling and sealing voyage into the Arctic, hoping to scrape together enough blubber and pelts to make a decent profit margin. It’s tough work, and the series adopts a suitably gruff approach, diving headfirst into this creaking, cruel world. The white expanse that soon surrounds these men is intimidating, isolating and eerily claustrophobic – all things that are only amplified by the dark, sweaty interior scenes on board the ship.

Based on Ian McGuire’s novel, the result is a landmine of toxic masculinity, and Haigh films the whole endeavour with an unflinching intensity, all close-ups and unsettling angles. But the 45 Years and Lean on Pete helmer also retains his knack for quietly observing interesting characters, and he draws out impeccable performances from his committed cast.

Stephen Graham is typically brilliant as Brownlee, a man who’s softly spoken but ruthlessly rational and pragmatic, while Tom Courtenay helps to foster an air of distrust as the ship’s owner. Both are strikingly contrasted by Stephen McMillan as cabin boy Joseph and Sam Spruell as first mate Cavendish, with McMillan bringing a heart-wrenching vulnerability that nevertheless conceals a strongly held conviction to go with the flow and keep his mouth shut.

Setting the macho current is Colin Farrell, who is wonderfully feral as Henry Drax, a harpooner with time for doing but not thinking – and he’s responsible for some of the most disturbing sequences of the men’s purpose in action. He’s the polar opposite of Sumner, an educated man who joins the voyage armed with a sketchbook and a copy of Homer’s Odyssey. But that careful, studious image conceals its own troubles, with Sumner’s inventory also including a few too many bottles of laudanum and some traumatic baggage from his past. The latter intrudes upon the present day (well, 1859) footage in the same way it intrudes on Sumner’s own mind, and the lurching suspense at the heart of the show is that conflict between these two men. From Farrell’s grizzled, macho presence to O’Connell’s tiny moments that express a big risk of self-implosion, they’re both on a journey, unknowingly or not, to work out who they are, all the while plumbing the chilling depths of their inner darkness.

Haigh lets the tensions of class, masculinity, power and more simmer and stew queasily in the background, to the point where Episode 1 is almost too slow and brooding. But that only makes the ending of the first chapter all the more riveting and shocking, as claret is spilled out on the ice, which is followed by another unpleasantly gripping set piece in Episode 2. It’s safe to say that this is not your typical period tale, with the 19th-century frame stuffed with men and no upper-class society in sight – these are the working-class men who often go unseen in most costume dramas. “The world is hell, and men are both the tormented souls and the devils within it,” a quote from Arthur Schopenhauer opens the production. It soon becomes clear that none of these men are here to speak the truth, and change isn’t on the cards.

The North Water is available on BBC iPlayer after broadcast.

VOD film review: The War Below 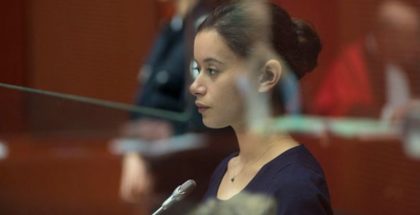 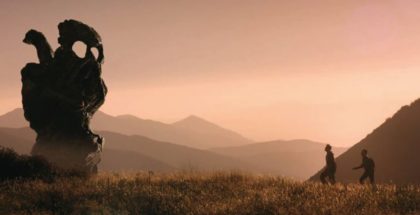 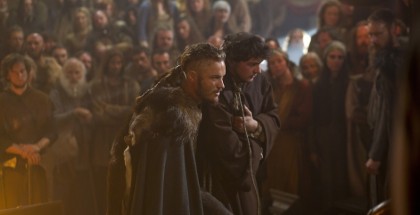 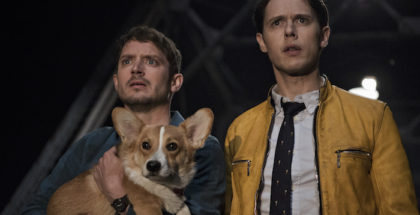