UK TV review: Conversations with Friends | Where to watch online in UK | How to stream legally | When it is available on digital | VODzilla.co

This skilful portrait of four flawed characters all sheltering their true emotions is a meaningful exploration of modern love.

It’s been two years since Normal People had a Covid-19-stricken world swooning for Marianne and Connell’s magnetic romance. The series proved a huge hit, racking up 62 million views on BBC iPlayer alone and striking a chord with a world longing for meaningful connection. So it comes as no surprise that Sally Rooney’s debut novel, Conversations with Friends, was quickly picked up by the BBC, with Lenny Abrahamson returning to direct alongside much of the same creative team. Unfortunately, Rooney’s second TV adaptation can’t quite emulate the emotional intensity of its predecessor.

Revolving around two Trinity College students in Dublin, the series focuses on withdrawn introvert Frances (Alison Oliver) and outspoken American Bobbi (Sasha Lane), former lovers now friends who despite their contrasting personalities find a kinship in performing poetry together. After one of their readings, the duo befriends Melissa (Jemima Kirke), a prominent, 30-something writer who’s married to handsome actor Nick (Joe Alwyn). Allured by the sophisticated, grown-up world of this older couple, Frances and Bobbi quickly become entangled with their glamorous lives. While Bobbi admits an instant attraction to Melissa, it’s Frances and Nick who develop a deep infatuation with one another and begin an illicit affair that will damage everyone around them.

Conversations with Friends follows the same bingeable structure as Normal People, unfurling over 12 half-hour episodes, and both shows feel similar in tone and share several of the same thematic throughlines. But their inevitable comparison does Conversations with Friends little favours as it’s a distinctly colder experience that’s harder to fall for. This boils largely down to the chemistry between Oliver and Alwyn, which feels tepid and stilted when compared with how compellingly Marianne and Connell’s love affair was rendered. Their soft-spoken, restrained characters may struggle to articulate how they really feel but that doesn’t excuse the lack of intimacy and spark between them. The narrative languishes in their scenes alone together and Alwyn fails to portray Nick with the witty charisma of the novel’s characterisation.

Thankfully, newcomer Oliver delivers a raw, honest turn, bringing Frances’ guarded inner emotions to life through subtle facial expressions and minute shifts in body language. Her volatile relationship with Bobbi is the series’ most authentic, affecting dynamic. Lane brings immense amounts of energy to the role yet skilfully tempers her bravado with an underlying vulnerability. Their lived-in interactions are underpinned with a deep yearning, the affection from their past romance still evidently present, bubbling just below the surface. Elsewhere, Jemima Kirke is perfectly cast as the interrogative, passive aggressive wife to Nick, who relishes her influence over Francis and Bobbi. The way her veneer of kindness constantly teeters on the edge of falling away imbues Melissa with an exciting unpredictability.

Abrahamson and Leanne Welham direct elegantly with impressive attention to detail, often lingering on the characters to capture the small, uncomfortable truths behind their guarded exteriors. They skilfully sketch a portrait of four flawed characters all sheltering their true emotions from one another to protect their vulnerabilities. The complexities of this four-way love affair are interlaced artfully with a score of melancholic, indie music that mirrors the characters’ wistfulness.

Meanwhile, the secondary plotlines – involving Frances’ uneasy relationship with her alcoholic father and her battle against a reoccurring health issue – are portrayed profoundly but feel detached from the ebb and flow of the central romances. Additionally, some of the spikier elements of Rooney’s novel feel disappointingly softened, especially the power imbalance between the privileged couple and the college students still finding their identity, which feels less defined on-screen.

However, the series finds greater momentum in its latter half as truths are revealed and the characters contend with the fallout from their entanglements. One confrontation between Melissa and Frances is a fascinating exchange that illustrates the lengths to which we can go to self-preserve when in love. Although Conversations with Friends fails to match the fiery fervour of Normal People, there’s still enough warmth and passion on show to make this exploration of modern love a meaningful encounter.

The One Where We Imagine What Friends Would Be Like if It Took Place Now... September 22, 2014 | Ivan Radford 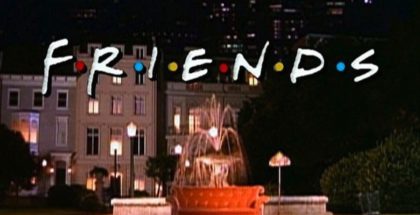