From Victoria Wood to Rose Matafeo: BBC announces Festival Of Funny | Where to watch online in UK | How to stream legally | When it is available on digital | VODzilla.co 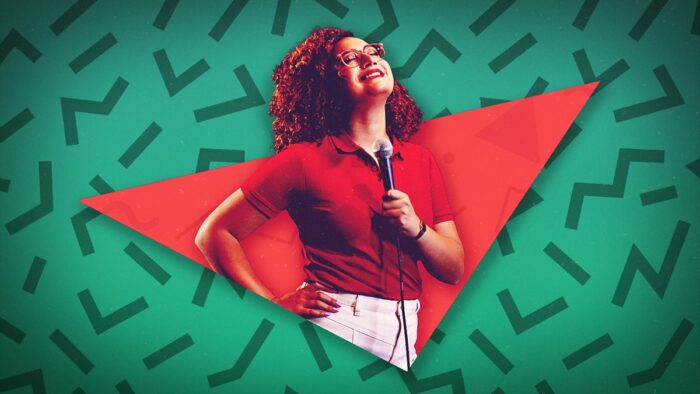 The BBC is aiming to make the nation laugh this month with a new Festival of Funny bringing together classic comedy and brand new stand-up specials.

Running until mid-March, the month-long event will include 14 hours of new content including four comedy pilots for BBC Radio 2, a comedy pilot for BBC Three and a new live Stand Up series supporting new and upcoming talent. Viewers will also be treated to favourites from the BBC comedy archive as well as an evening dedicated to Victoria Wood on BBC Two.

That evening took place last night with Victoria Wood: Victoria At The Albert and a BAFTA tribute to the comedy legend. It kicks off a comedy showcase that will continue today with Rose Matafeo’s award-winning set Horndog, available on BBC iPlayer and airing on BBC One later this week.

Shane Allen, Director, BBC Comedy Commissioning, says: “We’re bringing together the very best of BBC comedy past, present and future in a dedicated festival of funny to do comedy’s job of bringing sunshine and laughter when we need it the most. Comedians have been starved of both stages and live audiences; it’s important that we continue to back the stars of today and tomorrow as well as honour the beloved legends and shows that the BBC has always led the way with. Alongside the crucial support provided by Bitesize and Headroom, the Festival of Funny is another vital BBC offering to celebrate the world renowned British sense of humour.”

A new live series is coming to BBC Two and will air over five consecutive nights from a Covid-safe London location. The diverse line-up will see established comedians joined by new and emerging talent from all across the country. Off the back of a hugely difficult year for stand-up, the series will support comedians in getting back to work and also provide a platform for emerging comedy talents who have not been able to follow their usual path of showcasing their work over the last twelve months.

From the iconic Bill Bailey to the hilarious Rose Matafeo, a selection of stand-up sets will sit on BBC iPlayer and air across various BBC channels.

Rose Matafeo’s critically acclaimed stand up show, Horndog, is both a reflection on personal passions and a dissection of contemporary social etiquettes. The award winning set has enjoyed successful sell-out performances around the world and is captured here in front of a sell out crowd in London.

In the broadcast premiere of his 2015 stand up show, Moran’s Off the Hook playfully scrambles through the struggles of life. He journeys through politics, loneliness and middle age, offering his uniquely kaleidoscopic lens on familiar subjects, and distilling pearls of wisdom all along the way.

Stand up comedian Fern Brady brings her unique take on contemporary culture and the state of the UK to a packed home crowd in Glasgow.

This broadcast premiere of Force Majeure is a typically inventive adventure into the weird and fantastical world of Eddie Izzard. In an epic challenge to find global resonance, Izzard chooses huge universal topics to take on – from ancient civilisations to mythical creatures – seeking out what is universal in humour.

John Cleese – Live At The Acropolis

The comedy legend reflects on key moments from his long career such as the formation of Monty Python, and explores the nature of comedy and what still makes him laugh.

The Bafta and Emmy award-winning writer/actor/comedian looks at the etiquette of love and romance from his unique 6’7” perspective.

Strictly winner and maestro of music Bill Bailey explores our expectations of happiness with the help of some heartfelt songs and hilarious tales.

Comedy from the Archives

The Festival of Funny will showcase the work of six of the country’s most successful comedy greats, taking a deep dive into their lives and a look at some of their greatest work.

Recorded at the Royal Albert Hall in 2001, Victoria Wood performs her At It Again stand up show, showcasing her brilliantly penetrating observations on the mundanities of life.

Two-part series with intimate interviews with Billy Connolly, providing unique insight into the early influences and motivations that made this comedy legend the man he is today.

In the centenary of his birth, this programme takes a look at the unique comic genius of Tommy Cooper with a selection of clips from his appearances at the BBC. Presented by Sir Lenny Henry.

Marking 50 years since his seminal BBC series Dave Allen At Large. In this broadcast premiere, Dave Allen presents a selection of his favourite monologues from across his career. Armed with his trademark props, he sits on a stool, sips his whisky and reflects on the idiocies of life, meditating on everything from the process of ageing through to the invasive tendencies of the modern telephone.

Groundbreaking comic genius Caroline Aherne is celebrated in this selection of her work, including The Mrs Merton Show and The Royle Family. Presented by Fast Show colleague John Thomson.

The Festival Of Funny will also present a comedy shorts showcase featuring a contemporary collection of the silliest, most distinctive comedy short films. Platforming the next generation of comedy voices, the films show the wealth of exciting talent from emerging creatives all across the UK and beyond. The films will go out late night on BBC Two and also have a home on iPlayer.

Harry Hill will be writing, directing and starring in Harry Hill’s 4 Minute Wonders, a series of four silent black-and-white comedy shorts. Each short will see Harry in a different historical setting – from prehistoric times to the Napoleonic era. 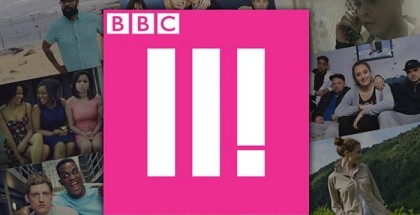 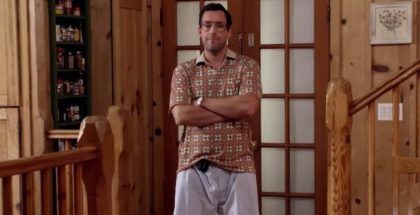 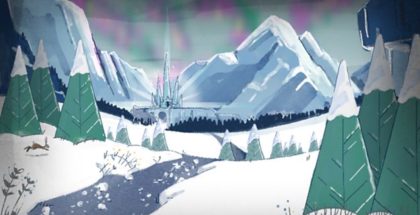