MUBI Weekly Digest | 13th June 2020 | Where to watch online in UK | How to stream legally | When it is available on digital | VODzilla.co 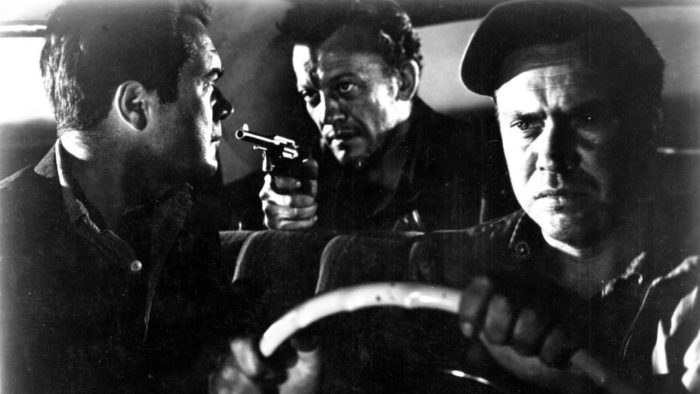 MUBI is in a playful mood this weekend, with Michel Hazanavicius’ knowing biopic of Godard and David Gordon Green’s profoundly silly indie Prince Avalanche, but the real gem of the week is a chance to catch Ida Lupino’s The Hitch-Hiker – perfect timing for anyone who’s been enjoying Mark Cousins’ Women Make Film.

And, of course, there’s MUBI Library to peruse. With more than 400 former releases now available to stream at any time, read our full guide to how it works here.

It’s 1967: Jean-Luc Godard’s marriage to Anna Karina is over, and he is reimagining his art. Sensing cultural and political change in the air a full year before the unrest of May 1968, he embarks on a new film, La Chinoise, with a new woman, actress and student activist Anne Wiazemsky. Michel Hazanavicius takes a knowing approach to this biopic.

A portrait of the artist, philosopher, and writer John Berger, this documentary is the result of a project undertaken by some of Berger’s friends and collaborators, including Tilda Swinton. The four film essays, pitched as seasonal chapters, explore his life and work in the Alpine village of Quincy.

Within Our Gates – 17th June

Ben Whishaw gives his most subtle performance to date as a young man struggling to come to terms with the death of Kai, his boyfriend. He ends up befriending Kai’s Chinese-speaking mother, Junn, who lives a mundane existence in a nearby nursing home, in Hong Khaou’s magnificent, restrained debut. Read our review

After a break up with her boyfriend of 10 years, Paula finds herself wandering the streets of Paris with no idea of what life holds for her next. At 31, with little to show for it but a kidnapped cat and a sense of adventure, she sets out to reinvent herself, and finds that this doesn’t come easy. Léonor Sérraile’s debut premiered at Cannes in 2017, winning the Caméra d’Or.

A young woman’s (Rooney Mara) confrontation with a man (Ben Mendelsohn) from her past threatens to derail his new life and her stability. Read our review

Sindbad the Sailor proclaims himself to be the greatest sailor in the world, a claim which is challenged by Popeye’s arrival to his island with Olive Oyl and J. Wellington Wimpy in tow. Sindbad, with the help of his bird Rokh, treats Popeye to a series of challenges to prove his greatness.

Paris, 1992: house music is developing at a fast pace. In the exciting nightlife, Paul is taking his first steps as a DJ of the “French touch”. With his friend Stan, he forms the DJ duo Cheers, playing electronic dance music. Later, Paul becomes depressed, and the cocaine he takes doesn’t help.

Mumbai, 1992. Naseem, a 15 year-old schoolgirl, lives with her grandfather and grows up with the stories of pre-independence communal harmony. Later, she helplessly watches the communal situation regressing with the demolition of Babri Masjid, a mosque in Ayodhya.

Surrounded by her mother and two older sisters, Paola attempts to find her place in this world. In a tour de force bursting with the tragicomedy of everyday drama, Paola develops into a self-confident young woman in spite of all the challenges facing her.

Captain Spaulding, famed African explorer, is welcomed at a high society party at the estate of Mrs. Rittenhouse. Chaos ensues after a valuable painting disappears and Spaulding, along with his secretary Horatio, the anarchic Signor Emanuel Ravelli, and his sidekick The Professor help search for it. This slapstick satire is the Marx brothers’ brand of comedy at its best.

We all know the story. Guy joins unknown band. Guy discovers his inner creative self. Unknown band becomes famous. Frank is not that story. Inspired by the persona of Frank Sidebottom, Lenny Abrahamson’s film isn’t a straight-out biopic. It isn’t a comedy either. Or a drama. Or a musical. It’s a mix of all three – and, as a result, manages that to be that rare thing: original and unpredictable. Read our full review

A young woman discovers letters in a Harvard archive that her great-grandmother wrote to a fellow Polish poet.

Charming in its simplicity, this dainty drama starring the late Irrfan Khan is a delectable treat worth savouring. Read our full review

Hirokazu Koreeda’s eye for human relationships has never been more tender than in this delicate study of parenthood, absence and inheritance. Read our review

Let the Sunshine In

Juliette Binoche is brilliant in this witty but episodic romantic comedy from Claire Denis. Read our full review

Margherita is a director shooting a film with the famous American actor Barry Huggins, who is quite a character. Away from the set, Margherita tries to hold her life together while feeling powerless when facing her mother’s illness and her daughter’s adolescence. Nanni Moretti’s moving drama stems from the death of his own mother. Read our review

In the town of Krabi, a popular destination in Thailand, the local folklore and histories are promoted as attractions, while the labour force is hidden from the tourists’ eyes. A nameless character, whose identity continually changes, takes us around town to explore sites that capture Krabi now. This avant-garde offering from Anocha Suwichakornpong and Ben Rivers is a MUBI Exclusive. 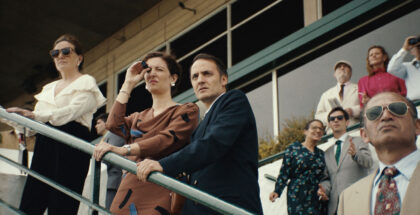