Tye Sheridan to star in Wireless for Quibi | VODzilla.co | Where to watch online in UK

Tye Sheridan to star in Wireless for Quibi

Tye Sheridan will star in Wireless, a new thriller for Quibi.

The scripted series follows a self-obsessed college student who gets stranded in the Colorado mountains after crashing his car. His only hope? His dying phone. A survival movie for the modern, digital generation, it explores the lies we tell through our phones.

The series is created and executive produced by Jack Seidman and Zach Wechter, with Steve Soderbergh on board as executive producer, alongside Michael Sugar, Cathy Konrad and Danny Sherman. Ben Silverman, Howard Owens, Greg Lipstone and Rodney Ferrell are also executive producers for Propagate, along with producer Isabel San Vargas. Wechter will direct.

It’s a fitting choice of subject for the new streaming platform, which is the brainchild of former DreamWorks Animation chief Jeffrey Katzenberg and will split content into mobile-friendly chunks for viewing on-the-go by a young audience.

Soderbergh told Variety he brought the project to Quibi after he saw Seidman, Wechter and Mishka Kornai’s short film Pocket, which depicts a teenager’s life through their iPhone camera.

“‘Wireless’ explores the personal relationship we all have with our devices, and brings life-and-death stakes to the choices we make in the digital world,” added Wechter. “We’ve been designing stories specifically to be viewed on phones with our mobile filmmaking collective Pickpocket, and I couldn’t be more excited to have partners as dedicated to experimenting in the form as we are in Quibi, and the rest of our incredible collaborators on this project.”

Amazon orders Season 2 of Lord of the Rings series

BBC Three renews Back to Life for Season 2 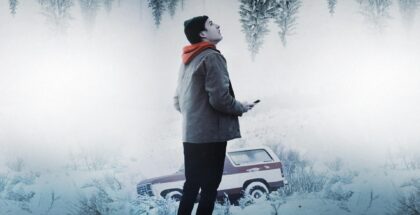 Quibi UK: Everything you need to know April 7, 2020 | Staff Reporter