Trailer: Wolf Creek returns for Season 2 on FOX UK | Where to watch online in UK | How to stream legally | When it is available on digital | VODzilla.co

Mick Taylor is back in bloody action this April, as Wolf Creek returns to UK TV for Season 2.

The hit Stan Original Series, based on the Australian horror of the same name, sees John Jarratt reprise his role as the cold-blooded killer with a taste for hunting tourists. Season 1 premiered last year on FOX UK, with the Australian streaming service since renewing the programme for a second season.

Now, it’s arriving on UK screens once more, with a whole new cast and story. Wolf Creek Season 2 follows a group of international tourists on the Outback adventure of a lifetime, but a chance encounter with trigger-happy pig hunter Mick sets them on a journey none of them could have imagined.

It premieres at 10pm on Tuesday 3rd April exclusively on FOX UK, which is available on Sky, Virgin Media and TalkTalk TV. Don’t have pay-TV? You can watch it live and on-demand through NOW. The streaming service gives you access to FOX UK, Sky Atlantic, Sky 1, Sky Living and more, for £7.99 a month – with no contract, and a 7-day free trial available. Never seen Wolf Creek? Season 1 is available on Sky On Demand and NOW, or you can catch it on Shudder UK, as part of a £4.99 monthly subscription, with a seven-day free trial available.

Here’s the trailer for Season 2: 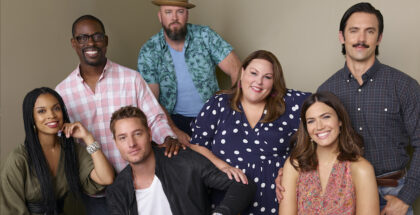