First look Amazon UK TV review: The Crossing | Where to watch online in UK | How to stream legally | When it is available on digital | VODzilla.co 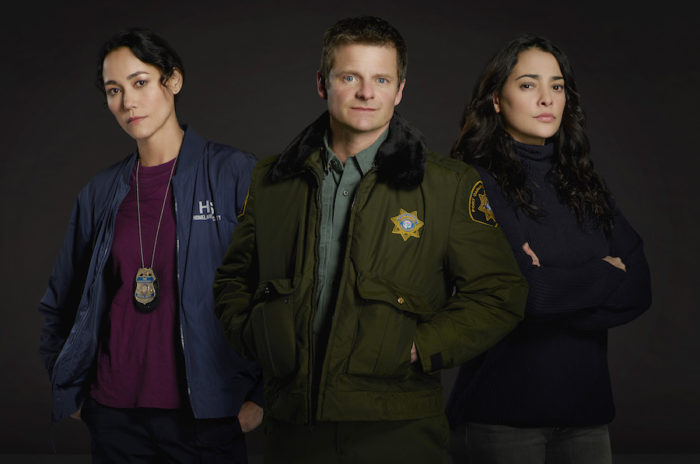 This atmospheric sci-fi gets off to an intriguing start, thanks to its pertinent political undercurrent.

A wave of bodies wash up on a remote beach having survived a mysterious incident. No, that’s not the start of Lost, but the beginning of a new drama on Amazon Prime Video. The Crossing opens in enigmatic style, with the kind of nods towards a bigger picture that suggest this would very much like to be the next Lost, like all those other shows that arrived in the last 10 years hoping to be next Lost. But there’s a political edge to this series that marks it out from the pack.

That stems from the fact that these foreign bodies aren’t survivors of a plane crash or other accident: they’re refugees, running away to modern-day America to flee a war that has torn their home apart. The home? Well, that’s America too. The war in question? It hasn’t happeed yet.

Writers Dan Dworkin and Jay Beattie (Criminal Minds) drip-feed the details of this time-travelling conundrum, giving us just enough hints to keep us intrigued without giving the whole game away. The pacing, though, is impressively nippy, packing in a wave of exposition in the opening episode without losing momentum or becoming too clunky. It helps that the pieces we do have in this puzzle are largely familiar, from the world-weary Sheriff, Jude (Steve Zahn), who is looking to make a fresh start in a quiet community after some past trouble, to the tough Homeland Security chief, Emma (Sandrine Holt), who muscles in on his home turf and keeps her cards close to her chest. There’s even a young daughter, Leah (Bailey Skodje), looking for her mother, Reece (Natalie Martinez), who isn’t among the group on the beach. And, of course, there are the shadier suits above Emma who are just waiting to swoop in and cross any number of moral boundaries.

The cast really help to bring the premise to life, and they’re led by one of the most likeable actors around. Zahn has always been a charismatic presence, proving it most of all in the Diary of a Wimpy Kid movies, and he’s just as charming here, even as he plays his part with a straighter face than usual. The chance to see him in a leading role is enough reason to tune in, and he sells all the usual things you expect from the gig, whether it’s a determination to investigate what’s going on in the face of a secretive authority or a spark of romantic interest.

He’s balanced out by Martinez’s intense, powerful Reece, who has her own agenda, and best of all by Marcuis Harris as Caleb, who emerges as the senior member of the refugee pack. “Someone discovered a process,” he intones gravely of how they managed to jump back a couple of hundred years, without further explanation, while casually conveying details such as how food as changed in the future (they’re shocked to find it containing actual animal meat). Caleb also proves the mouthpiece for the slyly pertinent undercurrent that runs through the sci-fi drama, as he reassures his fellow migrants: “This is the America of old. Everyone has right, no matter where they come from.”

That vein of social commentary holds huge promise for the show, as the stage is set for the refugees to be moved into new homes, where they’ll no doubt clash with present-Day Americans and the authorities will have their own ideas on how to contain them. How well it manages to balance that with the required science fiction thrills is yet to be seen, but a glimpse of the more supernatural leaps the series is willing to take suggests that there are surprises on the way in all departments – and, as there are only 11 episodes in this first season, there’s hope that the programme won’t have time to spin its wheels playing coy. With an atmospheric backdrop and a confident pilot under its belt, The Crossing does more than enough to make us curious what the future has in store. For those less sure of its potential to meet expectations week-by-week, stacking up several episodes on Amazon Prime Video as they arrives over the coming Tuesdays should make for a promising binge.

The Crossing Season 1 is available exclusively on Amazon Prime Video, as part of a £5.99 monthly subscription. Episodes arrive every Tuesday, within 24 hours of their US broadcast.

9 reasons you should be watching Ugly Delicious 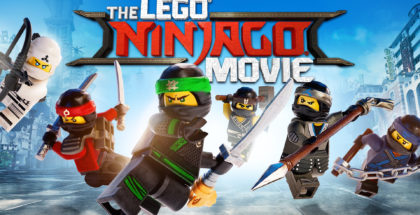 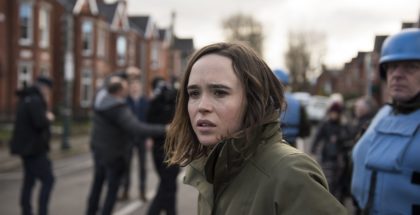 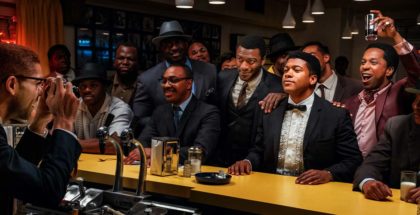 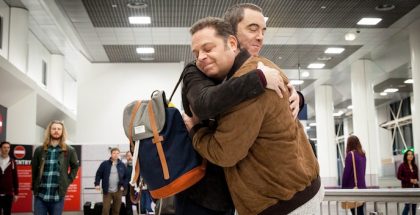