9 reasons you should be watching Ugly Delicious | VODzilla.co | Where to watch online in UK

9 reasons you should be watching Ugly Delicious

Ugly Delicious is the latest series from David Chang, the mastermind chef behind the Momofuku restaurant empire. “I’m one of the biggest snobs you’ve ever met,” he explains to the camera. “But I hate elitism. I guess what I hate is being told I can’t like something.”

That message – “don’t tell me what I can’t eat!” – is one that permeates the entire series, which is accessible and entertaining for both hardcore foodies and those who would baulk at the term. Unlike his previous TV show, The Mind of a Chef, Ugly Delicious does not include a lot of cooking demonstrations from Chang himself, but you do get to see him learning how other talented people around the world make their signature dishes.

Executive produced by Chang, filmmaker Morgan Neville (20 Feet From Stardom) and food writer Peter Meehan, and with a cool soundtrack by Money Mark, each of the eight episodes is devoted to a particular dish or concept – including pizza, dumplings and fried chicken – and takes viewers on a culinary journey exploring its respective cultural and sociological history and how it is made in different regions. Food can change the world, notes Chang. “One taco at a time.”

Mouth not watering yet? Here are nine reasons why you should watch Ugly Delicious:

From pizza in Naples and tacos in LA to crawfish in New Orleans via late-night snacks in Beijing and yakitori in Tokyo, Ugly Delicious is a globetrotting love letter to the food we really care about.

It’s as mouth-watering as its sounds, and if you can get through an entire episode without raiding the fridge or dialling Deliveroo, you’re a stronger person than us. Be prepared, with snacks to hand – ones that correspond to each episode, if you’re really organised.

It’s about everything but food

While the lavishly-produced show may have you salivating at home, this is not mere food porn. It isn’t so much about what food is, but rather about what it means. Using the dishes as a prism for exploring cultural identity, migration and politics, Ugly Delicious is not afraid to ask difficult and uncomfortable questions about the food we eat. Whether looking at America’s history of fried chicken and the racist stereotypes that can be traced back to enslaved Africans cooking the dish for their captors, or testing the theory that Americans are subconsciously wary of MSG due to their prejudiced notions of Asian cuisine and its being devalued in the culinary canon, the show is frequently thought-provoking.

You can dip in and out

There’s no need to watch every episode in chronological order with this show. It’s fine to pick an individual episode for whichever food takes your fancy and get stuck in. Think of it as a food variety show, with little breaks, animations and commercials between segments breaking up the nearly hour-long episodes. Savour or binge – it’s up to you.

If your usual reaction to cookery shows is that you’d never be able to create dishes like that at home, take heart. Ugly Delicious recognises that while home cooking may not compare to restaurant food in terms of execution, it often means more in terms of intent. A home-cooked meal is essentially a gift from someone who cares about us, and evokes strong memories of family and friends. It may not offer the perfectly-executed, “tweezered” finish of a restaurant dish, and it may even be “ugly”, but it’s often what we want to eat – and chefs are no exception.

It takes a hammer to the obsession with authenticity

“I view authenticity like a totalitarian state,” Chang declares in the show’s first episode. “It’s not that I hate authenticity, it’s that I hate that people want this singular thing that’s authentic.” The series aims to explore the notion that putting authenticity on a pedestal can stifle creativity and progression. While the mission of the Association Verace Pizza Napoletana is to maintain a uniform style of Neapolitan pizza-making all across the world, the pizza episode celebrates versions from Seirinkan in Tokyo, which are made entirely from Japanese ingredients. Chang’s philosophy is “who cares about tradition, let’s just make it delicious.”

Why, when we think about barbecue, do we automatically think of big hunks of meat and sticky sauce? “Barbecue, to me, just represents cooking something in embers, flaming, with smoke,” says chef René Redzepi of Copenhagen’s renowned Noma restaurant, whose delicate barbecued vegetables are things of beauty. Back to meat, and Chang argues that barbecue is not just about the US, pointing to Peking duck, Japanese yakitori and Korean short ribs as examples of the technique. Barbecue is just one category that is much bigger, and more blurred, than we might initially assume.

The lively animated sequences that break up the show are more than just visually pleasing. From describing a brief history of the taco to a musical number explaining the difference between shrimp and crawfish, they are an effective way to deliver information on a dish’s heritage. They are also used to great comic effect, especially the mind-bending, hallucinatory animations accompanying Chang’s encounter with a fiery hot chicken dish loaded with chilli.

It will make you feel less guilty about wanting fast food

This is a show that appreciates the beauty of watching Mexican women pound out tortillas by hand, but also does not hesitate to hit the Taco Bell drive-through. Though the show appreciates a traditional Neapolitan pizza, Chang also has a soft spot for a takeaway Domino’s. And in Beijing, Chang finds an item at KFC that might just be one of the best commercial chicken dishes available today.

Ugly Delicious Season 1 and 2 is available on Netflix UK, as part of an £8.99 monthly subscription. 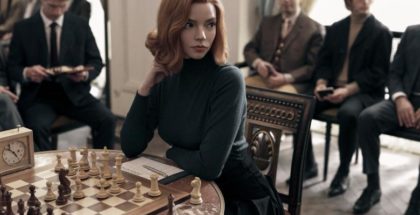 The Real Ghostbusters: The quintessential version of Ghostbusters?... May 6, 2017 | Mike Williams 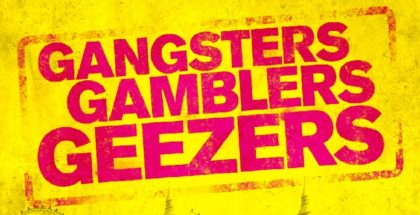