Trailer: Chaos Walking set for premium VOD release this April | Where to watch online in UK | How to stream legally | When it is available on digital | VODzilla.co 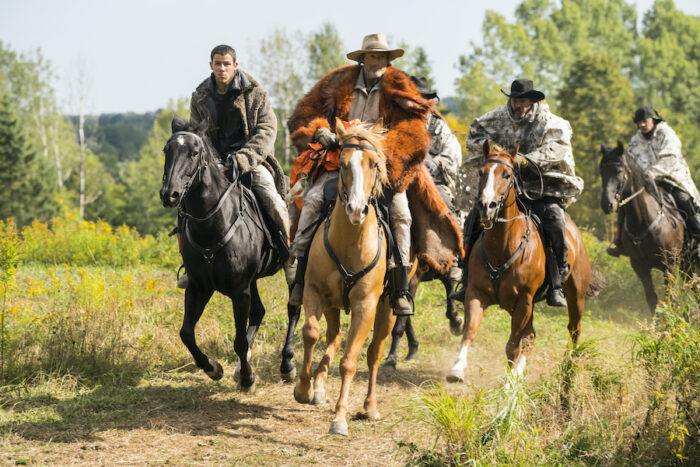 Chaos Walking, starring Tom Holland, Daisy Ridley and Mads Mikkelsen, will be released on premium VOD in the UK this April, Lionsgate has confirmed.

The film, based upon the best-selling novel The Knife of Never Letting Go by Patrick Ness, is adapted by Ness for the screen with Christopher Ford. Set in the not too distant future, it follows Todd Hewitt (Tom Holland), who discovers Viola (Daisy Ridley), a mysterious girl who crash lands on his planet, where all the women have disappeared and the men are afflicted by “the Noise” – a force that puts all their thoughts on display. In this dangerous landscape, Viola’s life is threatened – and as Todd vows to protect her, he will have to discover his own inner power and unlock the planet’s dark secrets.

From Doug Liman, the director of The Bourne Identity and Edge of Tomorrow, the project has assembled an impressive star cast to back up the talent behind the camera, with Holland, Ridley and Mikkelsen joined by Demián Bichir, Cynthia Erivo, Nick Jonas, Kurt Sutter and David Oyelowo. Now, all that star power is heading straight to living rooms across the UK, with the movie set for an April debut on digital platforms while cinemas remain closed during the coronavirus pandemic.

The premium rental strategy follows a similar release for Lionsgate’s comedy Barb and Star Go to Vista Del Mar last month and Ammonite, being released on Friday 26th March. Chaos Walking will be available to rent for £13.99 on platforms including iTunes/Apple TV, Amazon Prime Video, TalkTalk TV, Rakuten TV, Google Play, Sky Store and CHILI. It will be released on 2nd April.

Trailer: Amazon releases What the Constitution Means to Me online... October 17, 2020 | James R