New trailer: 24: Legacy to premiere on 15th February | Where to watch online in UK | How to stream legally | VODzilla.co 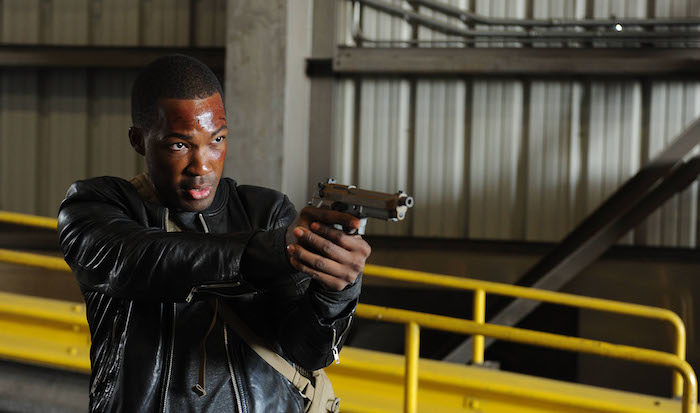 “My name is Eric Carter. Whatever you think you know about me, you don’t.”

With less than two weeks to go until 24 returns for its new 12-episode run, FOX UK has released a new trailer giving us a better look at our new hero. The hero? Eric Carter, played by Straight Outta Compton’s Corey Hawkins. He plays a military hero who returns to the US, only to find himself in danger – and, turning to CTU for help, helps to stop a large-scale attack on home soil.

With the show’s original creators Manny Cotto and Evan Katz on board, you can expect the usual combination of shouting, running and clocks. The series premieres at 9pm on Wednesday 15th February on FOX UK. The channel’s available on Sky, Virgin Media and TalkTalk TV. Don’t have pay-TV? You can also stream it live and on-demand on Sky’s contract-free streaming service, NOW, as part of a £7.99 monthly subscription. For more information, or if you need your Jack Bauer fix, see our guide to where you can catch up on previous seasons of 24.

Trailer: 24: Legacy asks what it means to be American

This spring, Corey Hawkins steps into Kiefer Sutherland’s shoes for 24: Legacy. Hawkins’ Eric Carter will lead the new incarnation of the real-time thriller, its first with Jack Bauer. Executive Producer Howard Gordon told the press at the winter Television Critics Association media tour that Bauer “casts a long shadow”, and that the team worked to find someone with “the broadest possible strokes that distinguished him from Jack”.

As a result, Carter has “a youthful idealism that we haven’t seen in the show”, he explained. “Ultimately, it’s his journey through CTU that turns him into an agent.”

“It wasn’t about, ‘Let’s cast a black guy or a Hispanic guy,’ it was very much who is this character?”” added Gordon. “In 24: Legacy, Eric Carter has come from the battlefield, thrown into a world with gray areas unlike what he has experienced before. The headline of the show is: What does it mean to be American? As a black soldier coming from war? As a high-powered woman who runs CTU (Miranda Otto’s Rebecca Ingram)? As a Hispanic candidate running for president (Jimmy Smits)? What does it mean to be an American?”

Hawkins said they had long talks about diversity in the writers room.

The new 12-part series will premiere in the US on Sunday 5th February over two nights, with the second instalment airing on Monday 6th February. In the UK, the show will air on FOX UK, as opposed to 24’s previous home of Sky 1, with the first episode airing on Tuesday 14th February.

FOX UK is available through Sky, Virgin, and TalkTalk TV. Don’t have pay-TV? You can also watch it online live through NOW, as well as on-demand after its broadcast. The subscription VOD service gives you access to all of Sky’s signature TV channels for £6.99 a month, including FOX UK, with no contract.