The Team returns to Walter Presents for Season 2 | Where to watch online in UK | How to stream legally | VODzilla.co

The Team returns to Walter Presents for Season 2

The Team is getting back together this November for a second season on Walter Presents.

Season 2 keeps the same premise but swaps in a different cast. When seven people are shot dead at an illegal immigrant halfway house in Denmark, Europol’s new Joint Investigation Team brings detectives from three different countries together to track down the perpetrators before international disaster strikes.

The victims include a Caliphate Union informant for the Belgian secret service. The only survivor of the massacre in Denmark is a young Syrian woman, Malu, who escapes into the vast marshlands. Danish Inspector Nelly Winther, German Investigator Gregor Weiss and Belgian secret service agent Paula Liekens are thrown in the deep end and must work together as the new Joint Investigation Team to find Malu. The little evidence available suggests a terrorist motive; an attack by the Caliphate Union could be imminent. But without the missing witness Malu, it’s near impossible to prove and prevent. Searching for her brings the team to an unexpected path leading deep into the art underworld that intersects with organised terrorism more than anyone could have imagined…

The cast includes award winning Jürgen Vogel and Walter Present’s own Lynn Van Royen from Hotel Beau Sejour. The series will be broadcast weekly from 1st November on More4, with episodes available on-demand on Walter Presents after broadcast.

Netflix and Chris Williams take on Disney with Jacob and the Sea Beast... November 6, 2018 | James R 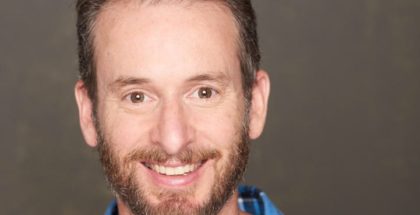