The First Wives Club cast reunite for Netflix film | VODzilla.co | Where to watch online in UK | How to stream

The cast of The First Wives Club are reuniting for a new Netflix original film.

Divanation will star Goldie Hawn, Bette Midler and Diane Keaton as former members of a singing group, who are forced to get back together 30 years after their split. Can they work out what made them successful all those decades ago?

It’s a natural fit for the stars, who were in The First Wives Club 19 years ago. Indeed, Netflix is increasingly filling its original slate with projects featuring mature actors: Grace and Frankie, featuring Lily Tomlin and Jane Fonda, has already been renewed for a second and third season, while Netflix has also signed a deal to adapt Kent Haruf’s novel Our Souls at Night with Robert Redford and Jane Fonda in the lead roles, produced by Redford and written by Scott Neustadter & Michael H. Weber.

While Our Souls At Night will be an original production funded by Netflix, though, Divanation is an acquisition by the SVOD service. The film is penned by Lisa Addario and Joey Syracuse and it is produced by Mythology Entertainment’s Brad Fischer, James Vanderbilt and William Sherak, alongside Alan Nevins and exec producer Tracey Nyberg.

The script is currently being re-drafted ahead of a confirmed start date.

The news was broken by Deadline last night and follows the release of the first Netflix original feature films, Beasts of No Nation and Adam Sandler’s The Ridiculous 6. 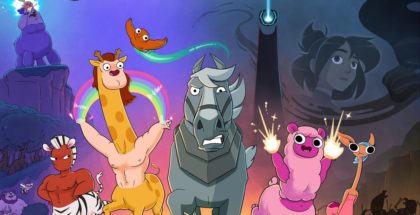