With the net slowly closing around, well, everyone, Episodes 4 and 5 of Fargo do their best to kick-start the real tension. With the characters fully introduced, their motives and fears established, it’s up to the plot to keep everyone on the edge of their seats and, frankly, it struggles.

Episode 4, in particular, has a few problems with its pacing and suspense: it appears to be lacking heavily in both. Throughout the episode, writer/creator Noah Hawley seems to be purposely slowing himself in order to ensure everyone else can keep up. Points made in Episode 1 are still being enforced, giving the show a procedural, mechanical feel where energetic chaos usually presides. Patrick Wilson appears to be the only actor given enough scope to really perform, with the others ticking over just fine, but rarely given a chance to threaten or persuade their way anywhere.

Ending on a high note, respectful negotiations contrasted by less respectful ones, Episode 4 doesn’t taint anything by a long shot: it’s an integral episode in certain aspects – if the show is binge-watched, the audience would barely notice the misstep – but relying on the show to shine week-on-week, it’s difficult for it not to feel a little toothless.

Episode 5 picks up the pace a little. With the Gierhardt’s being underdogs – albeit rabid ones – the scenes of violence err on the side of shocking and bloody. The Gierhardt brothers seem an excellent fit for Hawley’s world, as ruthless as one another but with completely opposing philosophies; their interactions are too minimal to really celebrate but what is present makes for great exchanges.

Wilson’s Lou Solverson marches on, a little less to do this week than last – if Episode 4 belonged to the cops, Episode 5 certain belongs to the criminals, the undeniable highlight of the episode being an attack at Bud’s Butchers. Crossed wires, nerves and a poor job choice lead the Gierhardt’s in the right direction but for the wrong reasons here, and the end result is excellent. It’s a tense, nightmarish scene in which direction, performance and the set all align perfectly.

Jesse Plemon’s Ed Blumquist – though well meaning – does have a tendency to be a little dull, right up until he is forced into action. And this week he outdoes himself.

​Smart and carefully written, these episodes will keep viewers entertained with well-placed revelations, not to mention a few scenes that belong in the Book of Revelations, but more and more it seems that Season 2 is not always grasping the quirky, chaos-laden misfortune that makes Fargo so unique.

Season 1 and 2 of Fargo are available to watch online on Netflix UK, as part of an £8.99 monthly subscription. Head this way for a review of Fargo Season 1.

– With war now in full effect, the Gierhardt’s sneaky tactics have served them well once, but they may not get another chance, especially with the twins and their shotguns proving impossible to match.

– Although some may find it difficult in such a realism-set world, these lights sure are beginning to raise a lot of questions. It’s an ideal chance for Hawley to bring out his best work, a la Christianity in the first season.

– Ed and Peggy’s marriage is another point beginning to wear thin: their clear mis-matchedness is becoming less tense and more tedious, but their being forced together in the face of gangsters – and deciding to flee after committing several murders – might just be the perfect thing to keep them, and us, going. 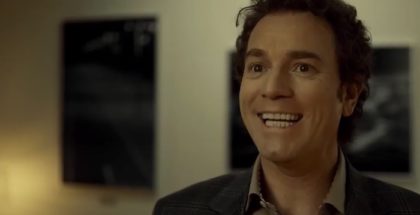