Set It Up's Zoey Deutch and Glen Powell reunite for new Netflix rom-com | VODzilla.co | Where to watch online in UK

Set It Up’s Zoey Deutch and Glen Powell are getting back together again for a new Netflix romantic comedy.

The charismatic screen pairing made Set It Up a hit when it premiered, as part of Netflix’s successful summer season of romantic comedies (read our review a href=”http://vodzilla.co/reviews/netflix-uk-film-review-set-it-up/”>here). Not only are they getting back together, but they’re also reteaming with writer/producer Katie Silberman for the new movie, tentatively titled Most Dangerous Game.

Deutch is no stranger to Netflix and will next be seen starring in Ryan Murphy’s The Politician, which will release in September. Powell, meanwhile, is currently filming Jerry Bruckheimer Films/Paramount Pictures’ Top Gun: Maverick with Tom Cruise and Jennifer Connelly for release in Summer 2020.

Silberman most recently wrote and produced the upcoming feature Booksmart. The film, which is directed by Olivia Wilde, premiered at last month’s South by Southwest Film Festival to rave reviews. Silberman’s script for Set It Up was on the 2015 Blacklist and she also wrote Isn’t It Romantic, starring Rebel Wilson, Adam Devine and Liam Hemsworth.

Silberman will produce with Treehouse Pictures’ Juliet Berman and Justin Nappi, and Deutch and Powell will be Executive Producers.

“The pairing of Zoey and Glen’s undeniable spark with Katie’s razor sharp dialogue was such an important factor in the success of Set It Up and we cannot wait to build on that even more with Most Dangerous Game,” says Nappi. “While it was clear that audiences were clamoring for a sequel, we are excited by the thought of creating a new, distinct film that explores different romantic comedy tropes while still being anchored in everything that we loved about the first movie.” 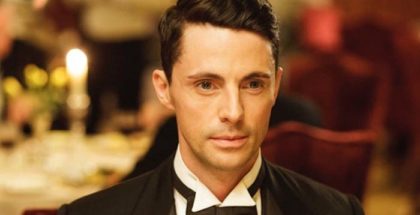