Line of Duty is 2019's most watched programme across all UK channels | Where to watch online in UK | How to stream legally | When it is available on digital | VODzilla.co 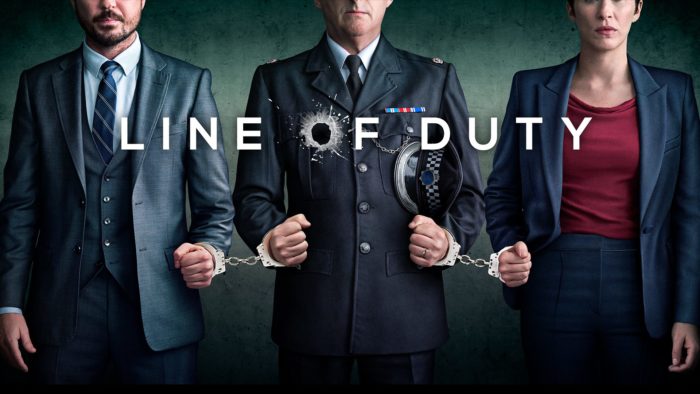 We’re not even halfway through the year but Line of Duty is already setting the bar very high when it comes to TV ratings: BBC One’s cop drama is the most watched programme across all UK channels this year so far.

Episode 5, which aired on Sunday night, received the highest overnight figure for Line Of Duty ever, with an average of 7.9 million viewers and peak of 8.3 million.

Line Of Duty showrunner Jed Mercurio says: “We’re thrilled and flattered by the amazing response to this series of Line Of Duty. On behalf of the whole production, I want to thank our viewers for their fantastic loyalty, and World Productions and the BBC for their unstinting support.”

Simon Heath, executive producer for World Productions, says: “It’s testament to Jed’s brilliant writing and the best cast on British TV that the audience for Line of Duty has grown bigger with every series. A huge thanks to the BBC who took a chance on a small show in Birmingham back in 2011 and to everyone who’s supported us since:”

Line Of Duty Season 5 concludes this Sunday at 9pm on BBC One, with a feature length finale. All previous episodes of Line Of Duty are available on BBC iPlayer. To keep up-to-date with our weekly episode reviews, click here. Never seen Line of Duty? Read our spoiler-free review of the opening seasons here.

The opening episode of Line of Duty Season 5 is the most-watched TV episode of 2019 to date.

The cop drama racked up 7.8 million viewers on BBC One when it premiered its fifth run on Sunday night, which makes it the most-watched programme of live TV of the year so far. It’s also the most watched episode of the series so far, eclipsing the 5.4 million and 7.5 million who tuned in for Season 4’s opener and closer.

That success should come as no surprise given the man behind it is Jed Mercurio. The closest thing the UK has to a US-style showrunner like Ryan Murphy, the TV hitmaker broke records last year with security thriller Bodyguard. The opening of that show was seen live by 6.6 million last year, with its finale drawing 10.4 million viewers. Taking into account catch-up and the figures were even more impressive: Every episode of the Golden Globe-nominated drama made it into BBC iPlayer’s top 10 most-watched episodes of the year, receiving 41.3 million requests overall, which makes it BBC iPlayer’s biggest box set ever. Bodyguard reached 17 million people with its finale in just one month.

“Season 5 of Line of Duty gets off to a thrilling, gripping, surprising start,” we wrote in our review of the opening episode, now available on BBC iPlayer, adding that it “already promises to drive you mad with speculation over the coming episodes”.

“Strap in, because judging by this superbly directed first chapter, Season 5 is set to be another page-turner,” we added. “Welcome back, Line of Duty. Our sweaty palms missed you.”