VOD film review: Extremely Wicked, Shockingly Evil and Vile | Where to watch online in UK | How to stream legally | When it is available on digital | VODzilla.co 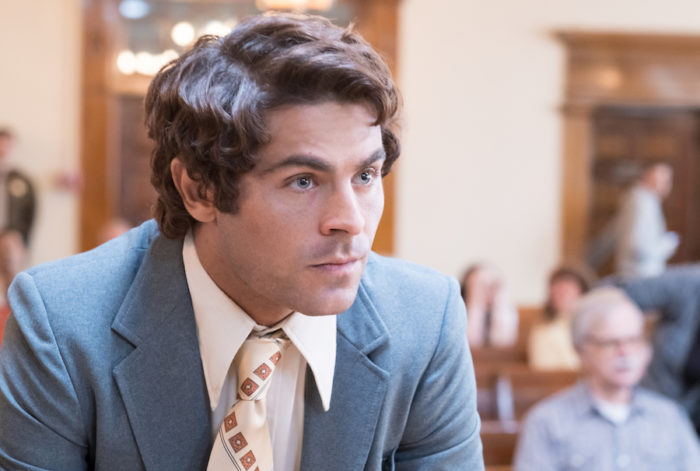 Director Joe Berlinger is well placed to helm this compelling biopic of charismatic serial killer Ted Bundy, having already made the Netflix docuseries Conversations With a Killer: The Ted Bundy Tapes. The film is based on a 1981 book by Elizabeth Kendall (the pen name for Liz Kloepfer), who was Bundy’s girlfriend for six years in the 1970s, during which time he killed at least 30 women.

The film begins in Seattle, 1969, when single mother and secretary Liz Kloepfer (Lily Collins) meets handsome, charming law student Ted Bundy (Zac Efron) in a bar and thinks she’s found the man of her dreams. Ted is unfailingly kind and gentle to both her and her young daughter, so it comes as something of a shock when he’s arrested for kidnapping and is subsequently linked to a series of disappearances of young women.

Ted’s story becomes increasingly bizarre, including two different prison breaks and culminating in him defending himself in his own murder trial, the first to be televised in the US. Throughout it all, even though they have long since split up, Ted maintains his innocence to Liz, which ultimately prompts her to visit him in prison for her own peace of mind.

The use of Kendall’s book (The Phantom Prince: My Life With Ted Bundy) as the source material allows for a fascinating shift in perspective, as Berlinger takes the bold decision not to show any of the murders. That places the viewer in an interesting position, since the audience knows that Ted is guilty, yet we never see anything to back that up. Ultimately, the emotional hook of the film hinges on whether Ted will admit to his crimes, and Berlinger, Efron and Collins allow that to play out for everything it’s worth.

The flipside to that decision is that it risks glamorising Ted, or at the very least granting him a measure of sympathy, as he’s continually hounded by the police. However, it’s clear that Berlinger and screenwriter Michael Werwie know exactly what they’re doing – as a result, it’s possible to read the film’s treatment of Bundy as a comment on the way society often treats serial killers, turning a blind eye to the monstrosity of their crimes and according them something close to celebrity status.

Efron is, of course, perfectly cast here, his effortless charm and charisma put to increasingly unsettling use, since we know what lurks beneath. That takes on a similarly chilling angle in the courtroom sequences, where the audience actively struggles against Ted’s (and Efron’s) inherent likability.

Collins is equally good as Liz, portraying her heart-breaking journey from love-struck innocent through denial and devastation. There’s also strong support from Haley Joel Osment and from Britain’s own Kaya Scodelario as Carole Anne Boone, a former flame of Ted’s. On top of that, John Malkovich has a fun turn as the Florida judge at Ted’s trial, who gives the film its decidedly unwieldly title.

Extremely Wicked, Shockingly Evil and Vile is available on Sky Cinema. Don’t have Sky? You can also stream it on NOW, as part of a £11.99 NOW Cinema Membership subscription.

Trailer: Channel 4’s The Virtues set for May premiere