New Riverdale teaser promises trouble ahead | VODzilla.co | Where to watch online in UK | How to stream 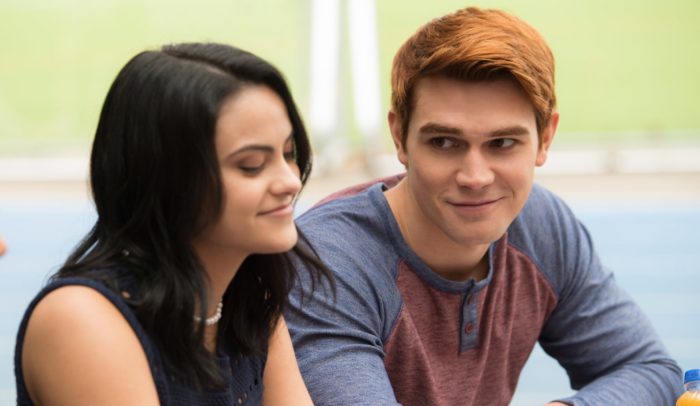 How much excitement, angsty, steamy shower scenes and balaclava-wearing villains can you fit into 29 seconds? A lot, judging by the new trailer for Riverdale Season 2.

The show’s sophomore outing, which is now just 12 days away – count ’em, 12 – is one of our most anticipated TV events of the year. And given this is a year that has seen The Handmaid’s Tale and the return of Stranger Things, that’s saying something.

The CW’s teen drama has been a huge hit after only first season, bringing the characters of Archie Comics to life for modern audiences. Between its murder, teen relationships, maple syrup-related conspiracy and that shocking finale, it’s no surprise that the series was swiftly renewed for a second run, with KJ Apa, Lili Reinhart, Camilla Mendes and Cole Sprouse all reprising their central roles as Archie Andrews, Betty Cooper, Veronica Lodge and Jughead.

We only know that things are gong to be darker, more sexual and that everyone will be dealing with the shocking events of Season 1’s tragic finale – and the latest trailer, Back Again, confirms it, with a suspenseful montage of every mysterious tease you could imagine, from Jughead wielding a baseball bat to Veronica and Archie having a snog.

“Mum, we’re in trouble here,” says Archie on the phone at the end. Well, duh.

Here’s the new teaser – or, for more on the show’s return, you can catch up with our reviews of Season 1 here and see the episode titles for the new season here.

Never seen Riverdale? We explain you need to catch up:

Riverdale Season 2 will be “even more sexual”

Things are going to heat up in Riverdale’s second season, and a new trailer confirms it.

The CW’s teen drama proved a huge hit over the course of its first season, bringing the characters of Archie Comics to life for modern audiences. Between its murder, teen relationships, maple syrup-related conspiracy and that shocking finale, it’s no surprise that the series was swiftly renewed for a second run, with KJ Apa, Lili Reinhart, Camilla Mendes and Cole Sprouse all reprising their central roles as Archie Andrews, Betty Cooper, Veronica Lodge and Jughead.

There’s only a month to go until that sophomore run, which promises even more darkness and emotion, as the characters react to what happened in the Season 1 finale. As well as all that drama, though, Riverdale Season 2 will also ramp up the sex, according to Mendes.

“We’re even more sexual now,” she told EW in an interview this week. “Death brings out certain passions or thirst for life. So they’ve definitely been friskier. But I think now because of all this darkness and stuff in Archie’s life and Veronica’s as well, their relationship does feel more grounded. It has more substance than just physical.”

Executive producer Roberto Aguirre-Sacasa added: “It’s sort of a bit more primal and volatile than say Jughead and Betty are.”

The arrival of Veronica’s father, Hiram (Mark Consuelos), of course, will prove a major obstacle to their relationship.

“I think he’s investing a little bit in Archie and Veronica doesn’t know what he’s up to,” teased Mendes. “And Veronica’s gonna turn into daddy’s little girl trying to impress him.”

Riverdale returns to Netflix UK on Thursday 12th October, with new episodes then arriving every week on the Thursday, within 24 hours of their US broadcast. Here’s the new trailer (which contains spoilers for Season 1) – or you can catch up with our reviews of Season 1 here and see the episode titles for the new season here.

Riverdale returns this October for its second season, and if you didn’t believe everyone involved saying that things will get darker, the show’s Comic-Con trailer confirms it.

The teaser video gives us our first look at the series’ sophomore run, including an Archie flush with rage and fear after the shooting of Fred Anders at Pop’s during Season 1’s finale. Executive producer Roberto Aguirre-Sacasa confirmed at the Riverdale Comic-Con panel that we will find out Fred’s ultimate fate at the end of Season 2’s opening episode.

“The first episode is Archie, the gang, all of the town, waiting to find out what’s going to happen with Fred,” he said. The fallout, whatever it is, will show “a completely different side to Archie that we haven’t really seen yet”, added KJ Apa.

But there’s no shortage of drama in the rest of the town, as Hiram (Mark Consuelos) returns from prison. Veronica will have to work out whether her father has reformed, noted Camila Mendes, but is still “suspicious” of him: “[She] really wants to know he’s better now, but at the same time, he’s still keeping secrets with [his wife] Hermione.”

Veronica will also be challenged to be a strong girlfriend for Archie, while having to face her bad-boy ex from New York, who will follow her to Riverdale and “bring out [her] dark side”.

Jughead (Cole Sprouse), though, is the the main concern for many fans, as the new Southside Serpent is “placed in the middle of two worlds that are starting to collide and erupt”. He’s going to have to pick a side, but it’s a difficult moral grey area to navigate.

“I don’t think it’s going to be as easy as he assumes,” Sprouse said. “I think he has an idea of fitting in, and he thinks he’s quite a special snowflake and he’ll stand out… standing out can be physically threatening.”

Jughead becoming the outside in Season 2 will place a lot of pressure on his relationship with Betty (Lili Reinhart).

“There might be a pink leather jacket in the future,” she hinted.

The other threat to Bughead? New arrival Vanessa Morgan (The Shannara Chronicles) as Toni Topaz, a member of the Serpents, who acts as Jughead’s guide into the world.

“She’s like a female Jughead. So she’s trouble,” Aguirre-Sacasa described.

And what of MVP Cheryl?

“Cheryl gets colder and meaner in Season 2 because of all the things that happened in Season 1,” Madelaine Petsch said. “But she takes the reins back from her parent.”

Betty and Cheryl also have “a very interesting dynamic” in Season 2, she said.

We certainly get a taste of the tougher side to Cheryl in the teaser, which sees her standing by her mother in a hospital bed, her face in bandages.

It’s darkness all round, then, as Season 2 of Riverdale looks to follow the mood set by the trailer’s description of Fred’s shooter as “The Angel of Death” – the words of Pop, in the wake of the attack. Fortunately, Josie and the Pussycats will be on hand to sing “the dopest song ever” in Episode 2, Ashleigh Murray (Josie) reassured fans at Comic-Con.

Will that darkness extend as far as bringing in Sabrina the Teenage Witch? Aguirre-Sacasa’s lips were sealed.

“We have been talking about one very prominent supernatural character that exists in the Archie universe,” he began, then finished: “That’s all we can say.”

Fortunately, we won’t have to wait too long to find out, as Riverdale Season 2 premieres in the UK on 12th October. Here’s the new trailer:

Riverdale Season 2 will show “darker side” of Archie, as town divides in two

Riverdale will show us a “darker side” of Archie when it returns for Season 2, KJ Apa has revealed, as the town divides into two halves.

The CW’s teen drama, which premieres in the UK exclusively on Netflix, was a sensation last year, as it introduced to a modern, shadier version of Archie Comics – a place where Jason Blossom was killed by his own father, after he got caught up in his dad’s illicit drug-dealing schemes, covered up by his equally sinister maple syrup empire. But things are about to get darker in Season 2, following the shooting of Archie’s dad, Fred (Luke Perry), in the Season 1 finale.

Speaking to VODzilla.co at the recent London MCM Comic-Con, KJ didn’t say whether Fred had survived, but did confirm that his shooting will “shake things up” for Archie, bringing out his darker side – and an appetite for revenge.

“I’m really excited to explore a different side of Archie that we haven’t seen yet, a darker side after Freddie gets shot,” he commented. “It kind of shakes things up for him, for sure, and things start to get pretty gnarly. Fred being shot is going to definitely change things up a bit. It’s like his Peter Parker/Bruce Wayne moment, where he wants vengeance and he will desperately go out to find it, and that’s going to switch something in his mind and we will see a darker side of him.”

Archie’s world being turned upside down will happen just as Riverdale undergoes its own shift, with conflict brewing between the Southside and the rest of the town. With FP Jones (Skeet Ulrich) in prison following Season 1, we’ve already seen Jughead (Cole Sprouse) moved from Archie and Betty’s school and into a Southside school. Meanwhile, Veronica Lodge’s father, Hiram, is coming out of jail – and, after his machinations in Season 1, it’s not hard to see him pushing for more power and money as Season 2’s villain. With Archie and Veronica an item, and Betty not pleased at the end of Season 1 about the Serpents welcoming Jughead as one of the gang, everyone’s loyalties are set to be tested.

“Riverdale is going to separate between the north side and the south side, and people are going to have to choose a side,” teased KJ Apa.

Mark Consuelos has been cast as Hiram, whom KJ describes as “a legend”. His comments to us follow remarks made to EW by the show’s Executive Producer, Roberto Aguirre-Sacasa, who divulged some more details about Hiram.

“Hiram is a family man, he loves and treasures his wife and especially his daughter,” he told the magazine. “But there’s no denying that we’ve built up someone who has very dark dealings and who has a criminal past. He’s not like the Serpents, who are a street-level gang. He’s operating at a much higher level and has tentacles everywhere. The questions will be: Is Hiram truly reformed? What does he want? How does Veronica figure into his plans? How will Archie figure into his plans?”

Riverdale Season 2 will premiere in October this year. For our full interview with KJ Apa, click here. To catch up with our episode reviews of Season 1, which is available on Netflix UK, click here. 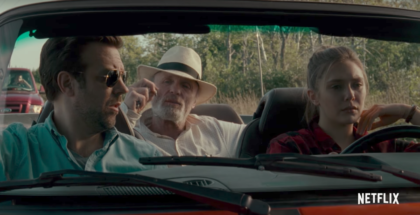 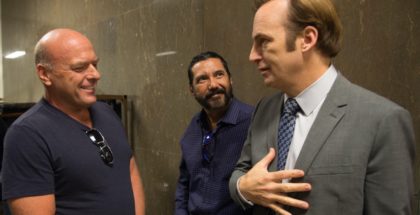